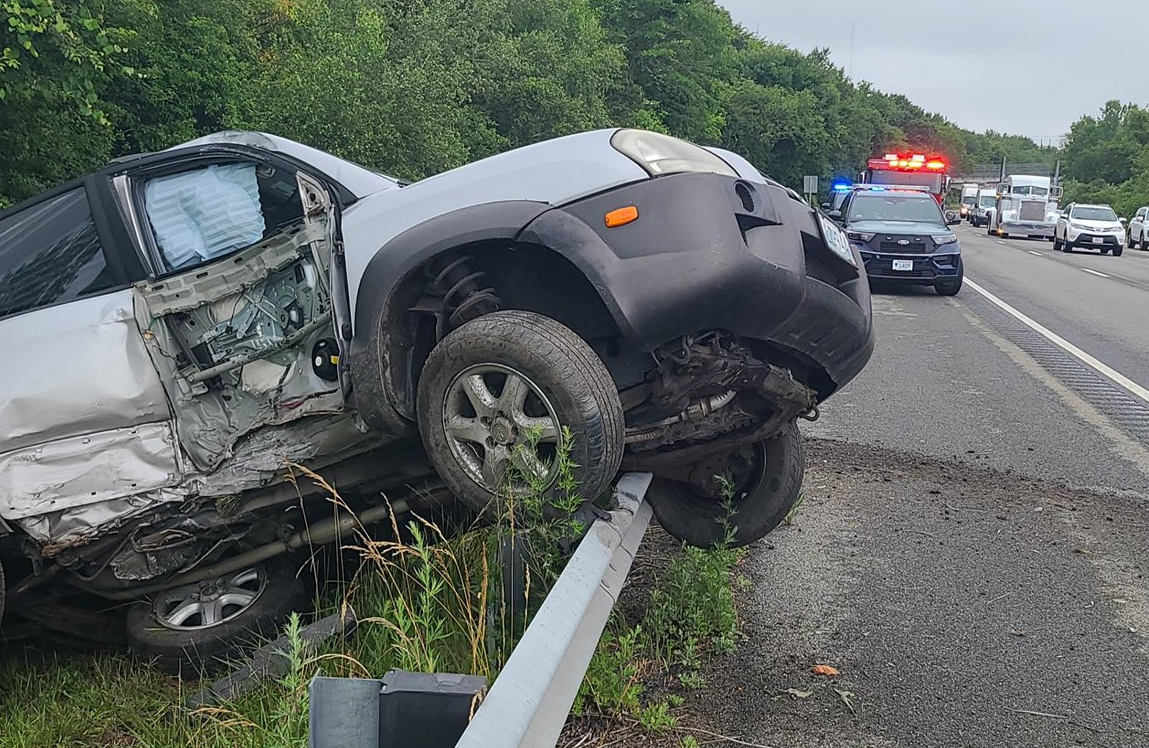 A woman has been charged after a crash on a Somerset highway on Friday.

Massachusetts State Police responded to a crash on the eastbound side of I-195 this morning where a vehicle was flipped and resting on a guardrail.

The adult female driver was arrested on a charge of operating under the influence of drugs.

Police did not name the driver who was involved in the crash and she appeared to not be injured.

The accident caused a mile-long backup approaching the Braga Bridge, according to police.