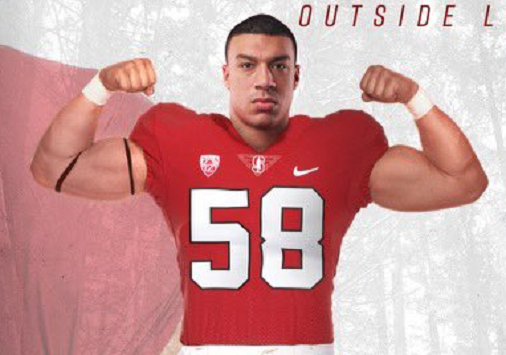 Originally classified as a 2022 signee, Aybar has been approved to enroll and join the Cardinal’s incoming 2021 class. According to the school, Aybar has completed his graduation requirements and is eligible to begin summer quarter instruction.

“Wilfredo is long, fast and explosive, which is why many of the top football programs in America wanted him,” said Shaw. “On top of that, he is as driven to be great off the field as he is on the field.”

The consensus No. 1 overall player in Connecticut by ESPN, Rivals and 247Sports and the Gatorade Connecticut Player of the Year, Aybar also was on the track and field team and was an honor roll student in high school.

Aybar received over 25 offers from major football powerhouses across the country.