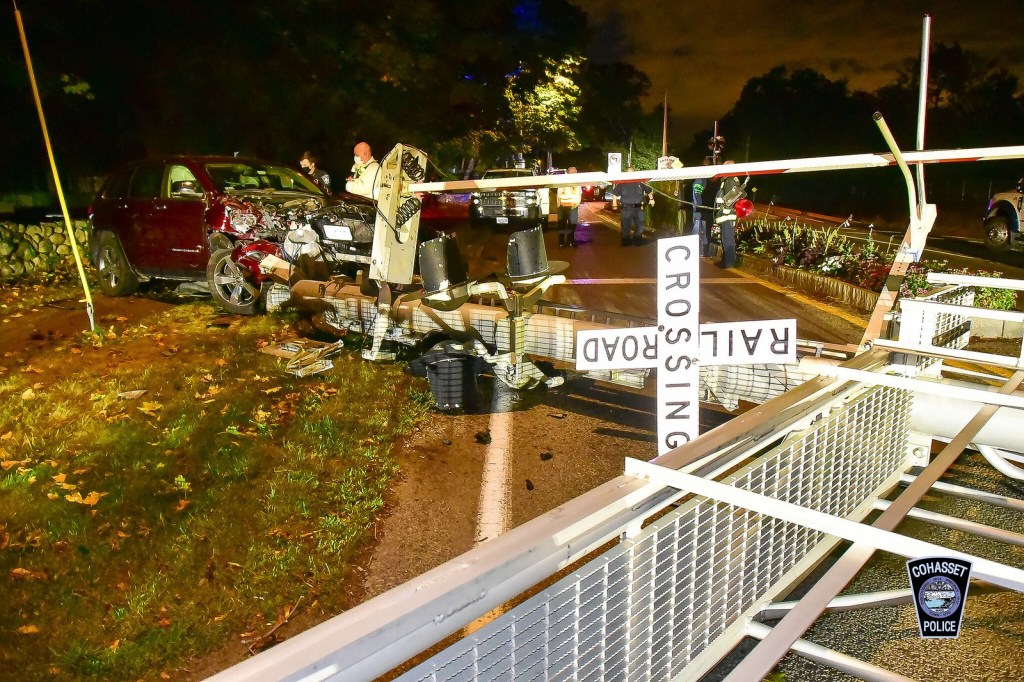 At approximately 10 p.m. on Saturday, Oct. 3, Cohasset Police and Fire responded to a report of a motor vehicle crash on North Main Street at the MBTA Commuter Rail crossing near Cohasset Station on the Greenbush Line. 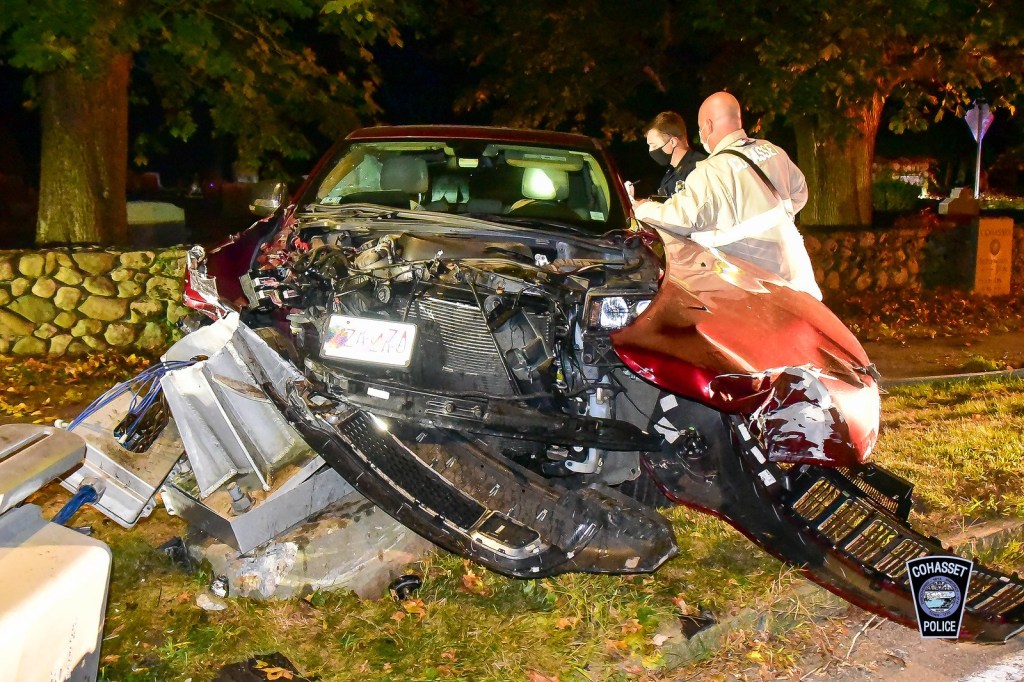 Upon arrival, first responders found a woman on scene who had been operating a sport utility vehicle. The car had crashed into the rail crossing, and the entire structure that supports the grade crossing gates including, signals and lights had fallen and were blocking both lanes of traffic on North Main Street. The woman was displaying signs and symptoms of intoxication and was subsequently arrested by CPD.

The crash created a debris field and held up both vehicle and rail traffic in the area. 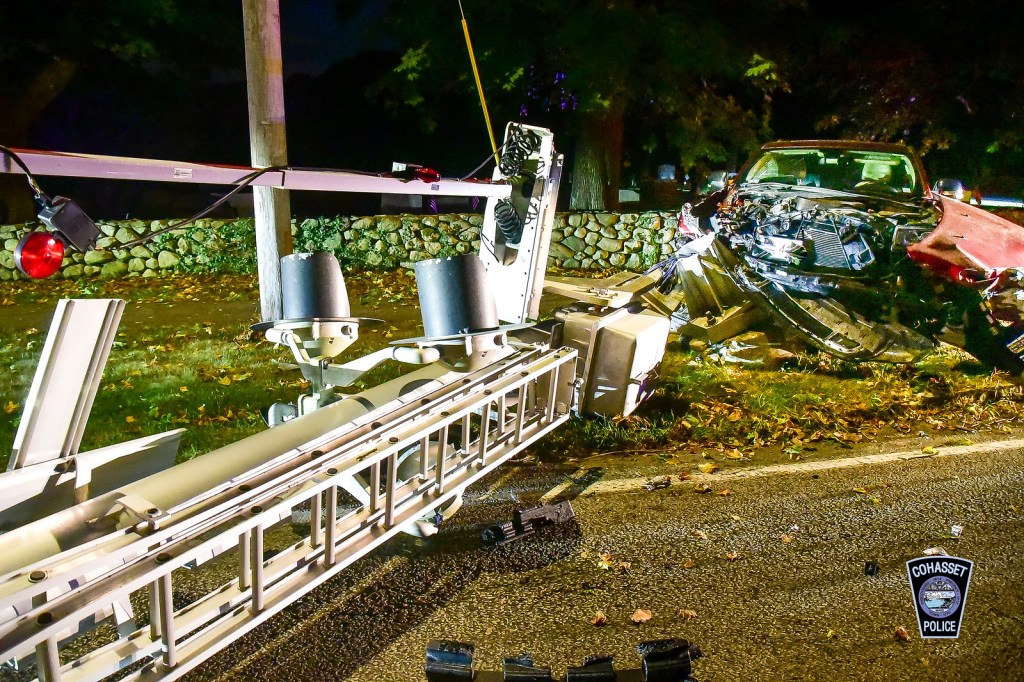 An on-scene investigation determined that the driver was under the influence of alcohol. She was arrested at the scene. She was evaluated by paramedics at the scene but refused medical treatment at that time. She was later transported to an area hospital for evaluation for injuries that are not believed to be life-threatening.

North Main Street was closed for approximately four hours while crews from the MBTA and Express Towing cleared the scene and removed the vehicle, a 2016 Jeep Cherokee, which was totaled in the crash. A heavy-duty wrecker was brought in due to the weight and size of the crossing superstructure.

The suspect, a 58-year-old woman from Scituate, was charged with Operating Under the Influence of Alcohol, Negligent Operation of a Motor Vehicle, and Marked Lanes Violation

The suspect is scheduled to be arraigned at Quincy District Court on Monday, Oct. 5.