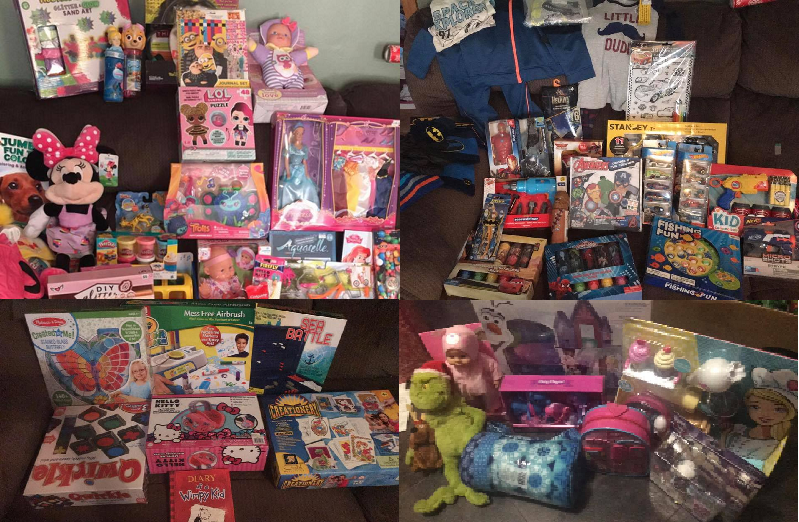 They called themselves “Christmas Magic” and that is just what they were for families in need this Christmas in the Fall River area.

In honor of a fallen Fall River Police Officer, the Magan family decided to spread cheer this Christmas season.

Jenna Magan and her brothers created a Christmas donation program to give back to local families in need just like their father used to. “For any of you who knew our father, he was always “making magic” and helping those who may not have been able to see the magic of Christmas.” Magan was killed in the line of duty on August 11, 2000 from injuries sustained from a fall while he was responding to another officer’s call for help during the city’s annual waterfront festival, Fall River Celebrates America.

The family teamed up with local businesses throughout the Fall River area to leave donation boxes where customers could donate toys until December 17th. The Magans chose local families who were in need via Facebook Messenger or e-mail. All messages were kept confidential according to Magan. The families selected were then asked to create a Christmas wish list.

When the drive was all said and done, Christmas Magic helped twenty one families in total. Two of the twenty one were victims of the December 1st Route 24 bus crash. Forty five children overall received gifts from their list. The group also had many families volunteer to sponsor/adopt other families for Christmas. One woman granted wishes for a family of seven according to Magan.

The Magans, and those who volunteered with both time and money, proved once again that the spirit of giving is still alive and well in the Scholarship City.