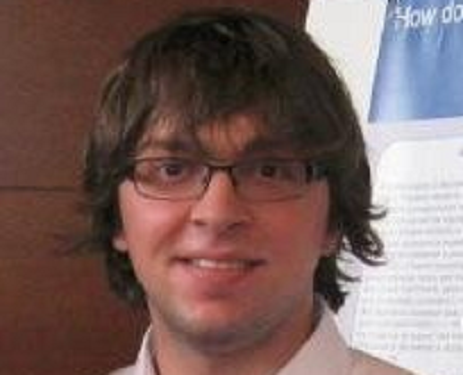 A Winthrop man who allegedly shot two people dead Saturday after crashing a commercial truck had several ties to the Southcoast.

The DA stated that Allen had a legal license to carry and was in the possession of two guns during the incident.

Allen also had local ties. He met his wife at the Birch Grille at UMass Dartmouth in October of 2011, according to wedding information.

The couple had their first date at McDonald’s in New Bedford in March of 2013.

Allen worked as a caregiver in North Dartmouth and as a paraprofessional at Wareham Middle School according to Allen’s work profile.

Due to him spending several years on the Southcoast, Allen also had acquaintances in the Fall River area.

In addition to being accused of the murders, the DA found white supremist and anti-Semitic writing in Allen’s handwriting.

“At this preliminary stage of the investigation, the excellent work of law enforcement has already unearthed troubling white supremacy rhetoric and statements written by the shooter. This individual wrote about the superiority of the white race. About whites being ‘apex predators.’ He drew swastikas.

“There is a growing national, and global, problem with extremism and white supremacy. The FBI believes the most serious domestic violent extremist threat comes from ‘racially or ethnically motivated violent extremists, specifically those who advocated for the superiority of the white race.’

“This shooter was married and employed. He had a Ph.D. and no criminal history. To all external sources he likely appeared unassuming. And then, yesterday afternoon he stole a box truck, crashed it into another vehicle and a property, walked away from the wreckage interacting with multiple individuals and choosing only to shoot and kill the two Black people he encountered.

“When law Enforcement arrived at the scene, they believed they were responding to a car accident. A thorough investigation will be conducted by our Discharge Integrity Team regarding the shooting of the armed suspect. The investigation thus far, however, indicates that the Winthrop Police Sergeant commanded that the suspect drop his weapon prior to shooting and immediately rendered aid. This Police Sergeant, like Trooper Green and Staff Sergeant Cooper, is a hero. The Sergeant stopped a volatile and escalating situation, saving lives, and protecting the community he serves.

“Counseling will be available to children and adults across Winthrop. Winthrop Town Officials will be releasing information about these services shortly. In the coming days, I will be reaching out to each of the families that lost a loved one yesterday and our victim witness advocates will be available to anyone impacted by this tragedy. As the investigation progresses, we will keep the impacted families apprised. They deserve answers about their loved one’s deaths. When it is appropriate to do so, we will share additional information with the public.”