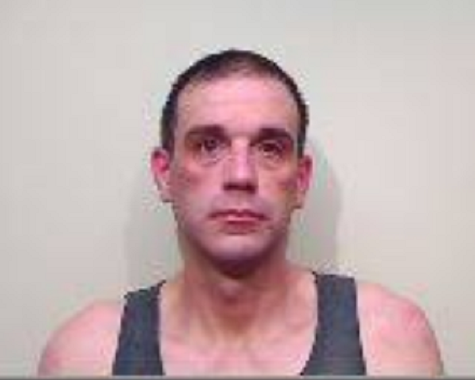 According to SPD, at about 8:40 a.m. this morning, a resident of Lepes Road reported that someone rang her doorbell twice. The caller stated that she looked out her window and observed a white male wearing a red baseball cap and sunglasses jump the fence to her yard. The victim then heard banging on the outside of her home. She then called 911. She informed dispatchers that she heard someone in her basement. All Somerset units were dispatched to the area. Officers found that the basement window on Lepes Road had been smashed in but the suspect had fled and then attempted to force the gate open to a yard on Kaufman Rd. The perpetrator was confronted by the homeowner on Kaufman and then ran towards Adams St. A short time later Detective Nick Davidson observed someone hiding behind a stone wall on Adams St. Officer Linhares and K-9 Viepo assisted the Detective and placed the suspect into custody.

The suspect was identified as Kyle Bellavance, 41, of Westport. He has 84 adult arraignments which include convictions for attempted burglary while placing a person in fear and possession of a firearm without a permit. He also has a probation warrant for possession of burglarious tools. Bellavance is being charged with breaking and entering in the daytime while placing a person in fear, and malicious destruction of property.