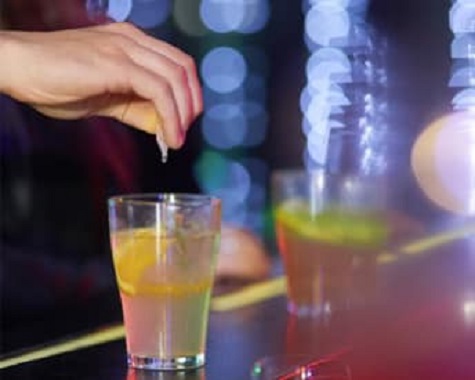 A well-known NBA trainer from Rhode Island has been arrested for allegedly drugging and raping in downtown Boston.

According to Boston Police, on Friday, members of the Boston Police Sexual Assault Unit, Boston Police Fugitive Unit, and Warwick RI Police Department located and arrested 43-year-old Robert McClanaghan, of Warwick Rhode Island in East Greenwich Rhode Island. At the time of his arrest, the suspect was wanted on an arrest warrant issued out of Boston Municipal Court, on Thursday on charges of Rape and Drugging for Intercourse.

The suspect was transported by the BPD Fugitive Unit in coordination with members of the Warwick RI Police Department for booking at their department facility.

McClanaghan will be arraigned on Monday at the Third District Court in Kent County, Rhode Island where he will be charged as a Fugitive from Justice.

This investigation and subsequent arrest are a result of an investigation by the Boston Police Sexual Assault Unit and the Suffolk County District Attorney’s Office.

According to ABC 6, McClanaghan is a well-known NBA trainer.

Rhode Island Monthly states that McClanaghan has worked with MVPs and All Stars including Steph Curry, Candace Parker and Kevin Love.

The Boston Police Department advises the public of the dangerousness of scentless, colorless, and tasteless drugs such as Rohypnol, also known as roofie, being placed in the drinks of unsuspecting victims. Other drugs commonly used in a similar fashion are GHB (gamma-hydroxybutyric acid) or Ketamine. These drugs and substances can cause disorientation, confusion, temporary paralysis, or unconsciousness, along with a host of other symptoms, leaving the potential victim vulnerable to the intentions of the suspect.

While the BPD encourages everyone to look out for each other when gathered in social settings by creating a ‘buddy system’ to prevent getting separated, there are steps you can take on your own to help ensure your personal safety:

-Be sure that your drink is being served directly by the bartender or your server. Don’t allow people you don’t know or trust to order drinks and deliver them to you.

-Take your drink with you to the restroom if need be.

-Keep your hand covered over your drink when you’re not looking at it. Many creative inventions exist that can help you cover your drink.

-Test your drink with test strips or nail polish that light up a certain color if they detect drugs.

-Get help immediately if you begin to feel dizzy, nauseated, light-headed, or strange in any way.

Please be aware of any uncharacteristic behavior from your acquaintances and be wary of strangers attempting to lure individuals away from their friends. Also, should you observe any individual who appears to be in distress, wandering alone late at night, or dressed unsuitably for the weather, be sure to contact the police immediately.