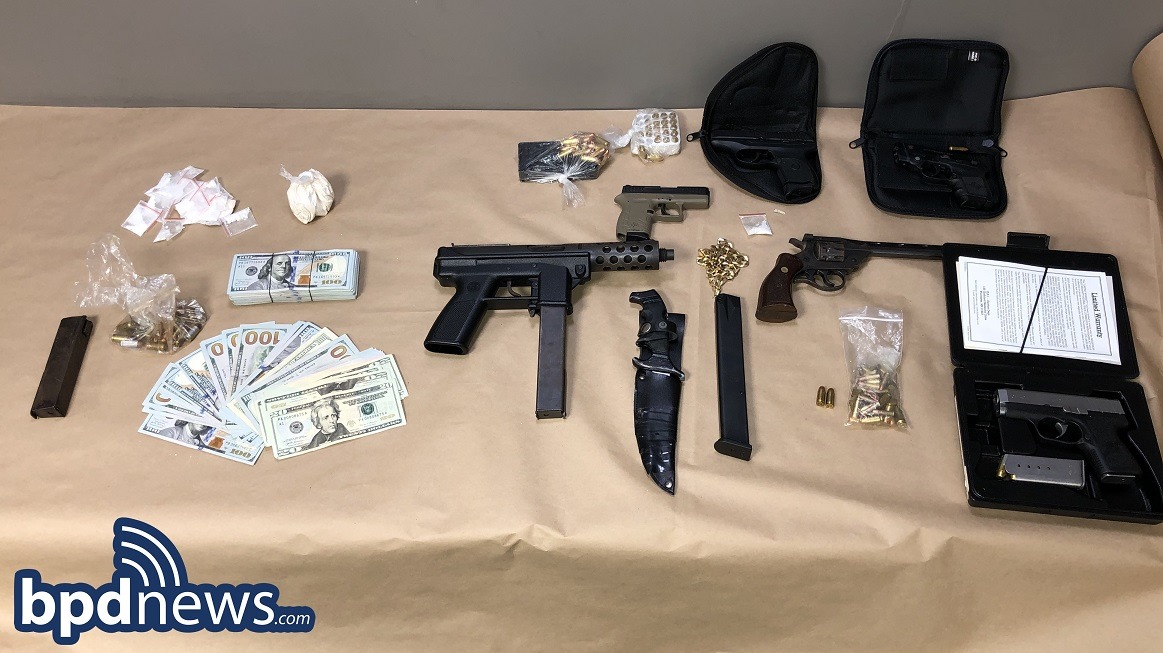 A man was arrested after allegedly hitting multiple officers with a vehicle and having several loaded guns.

According to Boston Police, at about 6:58 p.m. on Saturday, September 12, 2020, officers assigned to the District B-3 (Mattapan) Anti-Crime Unit made an onsite arrest resulting in the recovery of six loaded firearms in the area of Massachusetts Avenue and Melnea Cass Boulevard in Roxbury. While on patrol in the area of Glenway Street and Old Road in Dorchester, officers observed a wanted blue Honda Odyssey parked outside of 16 Glenway Street. Officers conducted surveillance and requested additional units to respond to the scene due to the suspect possibly being in possession of a firearm. Officers observed the vehicle pulling onto Old Road, making a right-hand turn onto Columbia Road, as officers followed. The vehicle came to a stop at the intersection of Columbia Road and Geneva Avenue. Along with additional responding units, officers activated their lights and sirens and initiated a traffic stop. As officers approached the vehicle, the operator suddenly reached down, placing the car into gear and stepped on the gas causing the car to lunge forward, striking several officers who were knocked to the ground and nearly pinned against the numerous vehicles in the area. Four officers were injured and one Boston Police cruiser was damaged. The suspect made good on his escape, fleeing through the light and continuing through the intersection onto Columbia Road.

Officers notified BPD Operations of the incident and continued to monitor the vehicle which was operating at an accelerated rate of speed while recklessly weaving in and out of traffic nearly striking multiple vehicles in the process. The vehicle continued through multiple neighborhoods, driving the wrong way on one-way streets and failing to stop at stop signs. In the area of 19 Monadnock Street, the operator discarded an unknown item. The operator discarded an additional unknown item under the overpass at Dudley Street and Humphreys Street continuing to the area of Norfolk Street towards Hampden Street as officers disengaged due to the extremely blatant disregard for the safety of the public at the hands of the suspect. Officers broadcast the suspect’s location and as they approached the intersection of Norfolk Avenue and Hampden Street, they observed the vehicle had crashed into a city light pole. Officers observed the suspect exit the vehicle through the passenger’s door. Officers exited their cruisers and immediately approached the suspect who was ordered to the ground. The suspect ignored officers’ commands and fled on foot down Hampden Street towards Melnea Cass Boulevard. Following a lengthy foot pursuit, officers eventually apprehended the suspect at the intersection of Massachusetts Avenue and Melnea Cass Boulevard.

Boston Police stated that three officers were transported to a local hospital during this incident. All are being treated for non-life-threatening injuries.