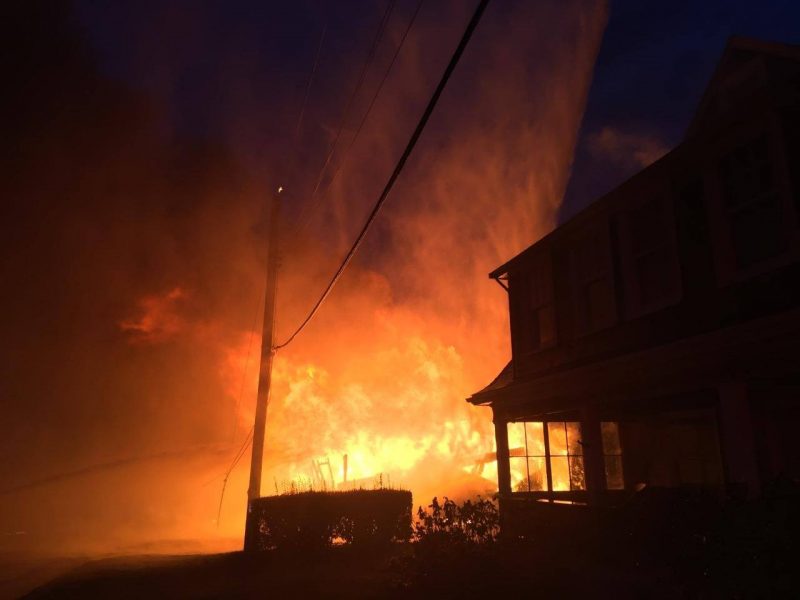 Fire officials faced a major fire in Dartmouth this afternoon that could have resulted in a much more serious outcome if not for the great work by firefighters on scene.

According to Dartmouth Fire District 1, a call came into dispatch at approximately 4:30 p.m. concerning a structure fire at Salters Point at 70 Naushon Avenue.

A fire official stated that the fire was mainly contained to the one home with additional fire exposure to nearby homes despite windy conditions.

No injuries were reported at the scene and nobody was home at the time of the blaze.

The fire was put out by personnel at approximately 6:00 p.m.

Total damage amounts were not yet available, but the high end summer home is a total loss while the neighboring homes spared significant damage.