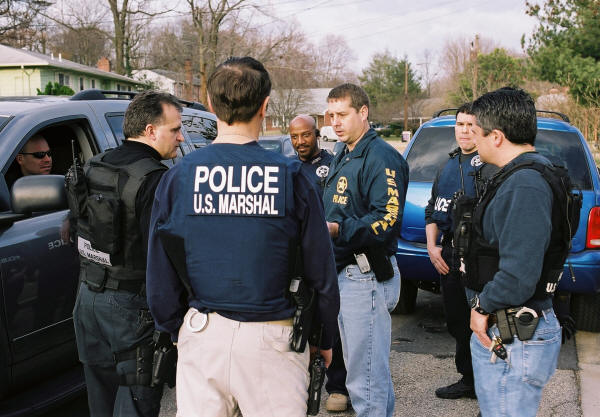 A U.S. Marshals Service-led, four-month operation has resulted in the rescue or recovery of 19 children including an additional 20 children that were located and/or self-returned.

Sponsored and funded by the agency’s Missing Child Unit, Operation “This Is the Way Home” ran from March 1 to June 30 and focused on missing and endangered runaways in the New Orleans metro area with a focus in Orleans, Jefferson, and St. Tammany parishes.

One of the recoveries, a 16-year-old male runaway who was also wanted by the Clarksville, Tennessee, Police Department on warrants for possession of a firearm, evading arrest, narcotics violations, theft, and violation of juvenile probation, was recovered in Slidell in May 2021 with critical assistance from the St. Tammany Parish Sheriff’s Office and USMS Middle District of Tennessee. The teen had been a runaway from Tennessee since February of 2020 and is believed to have been involved in gang and narcotics activity in St. Tammany Parish.

The investigation led to the arrest of Kolby Warren, 21, at a residence in the 59000 block of Preacher’s Oak Lane in Slidell on charges of possession with intent to distribute narcotics, illegal possession of stolen firearms, and illegal carrying of weapons.

During this MCU investigation, the St. Tammany Parish Sheriff’s Office seized $17,586 in U.S. currency, seven firearms (with one being stolen out of New Orleans and another being a rifle), and illegal narcotics to include: Codeine, Oxycodone, other Schedule II narcotics, and Marijuana were seized.

During the children’s recoveries nine adults were arrested on charges including felony carnal knowledge of a juvenile and/or contributing to the delinquency of a juvenile. An Amber Alert recovery was also made during the operation. The Amber Alert issued by Arkansas State Police was on a male child under a month old missing out of Paragould, Arkansas. That child was recovered safely in New Orleans. Recoveries during the operation were made in/from the states of Florida, Arkansas, Texas, and Tennessee.

The Justice for Victims of Trafficking Act of 2015 enhanced USMS authority to assist federal, state, and local law enforcement with the recovery of missing, endangered or abducted children, regardless of whether a fugitive or sex offender was involved. The USMS established its Missing Child Unit to oversee and manage the implementation of its enhanced authority under the act.

“This was a joint operation with our local, state, and federal partners and teamwork and information sharing made these results possible. I am extremely proud that the U.S. Marshals Service was tasked with the mission of locating missing and exploited children,” said U.S. Marshal for the Eastern District of Louisiana Scott Illing. “While 19 recoveries may not seem high, this work, which is time consuming, was accomplished while also running our normal day-to-day violent felony offender investigations across 13 parishes. A sex offender fugitive operation (NO Saints and Sinners 2021) was also ongoing in the district at the same time resulting in over 35 additional felony arrests, along with our other judicial missions. Our local, state, and federal partners embrace the opportunity to conduct such meaningful operations for the community, in addition to their more traditional law enforcement activities to combat the rise in violent crime.”