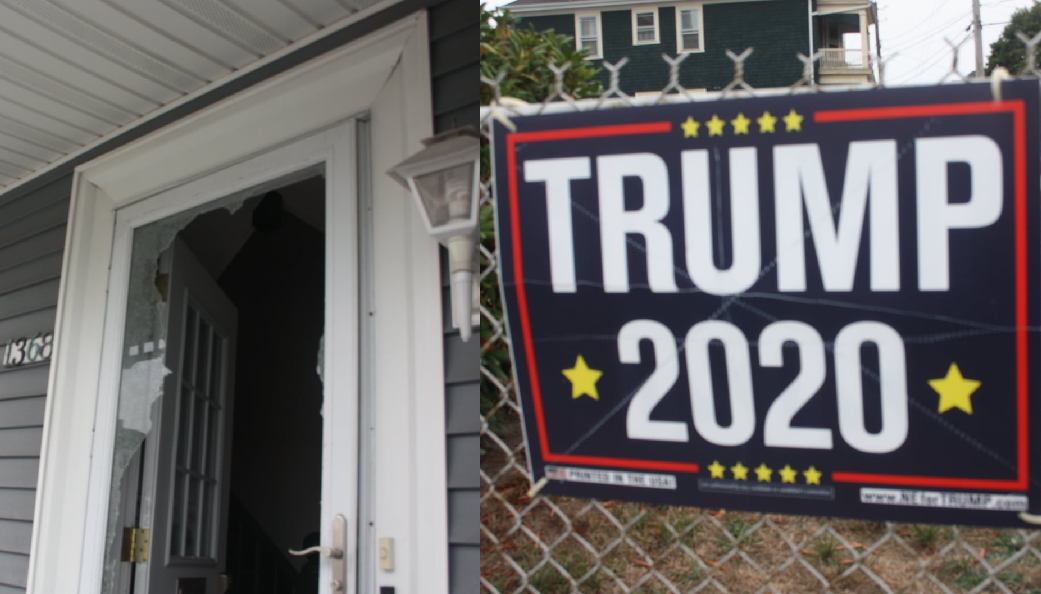 Fall River Police are reportedly investigating after a property in the city was vandalized.

Frank Wing, who owns the vandalized property at 1368 Plymouth Avenue, Wings Television Inc., stated that a rock was thrown through a glass door that had Trump signs located on the property. Signs were also damaged.

“Last night someone threw a rock through the front door window on the property our company owns in Fall River. I recently put two Trump signs up there which were also somewhat damaged. We have owned this property since the 80’s and have had hundreds of political signs put up there at this highly traffic location for various candidates from both political parties over these many years and this was the only time anyone has ever done any damage to this property because of the signs that have been there.”

If you have any information on the vandalism, contact Fall River Police.