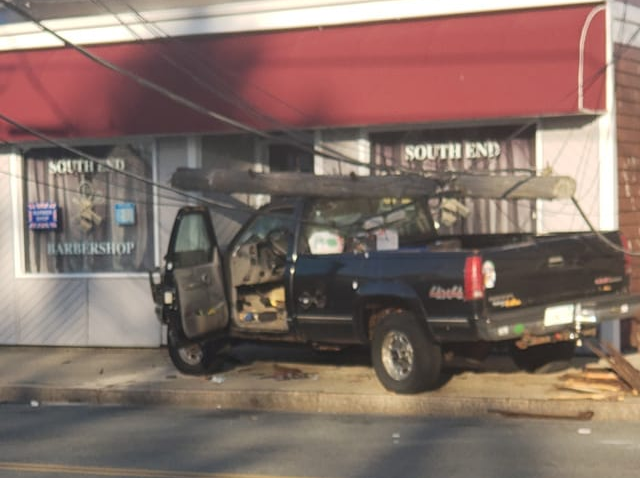 Some damage was done to a Fall River business Wednesday morning after a crash.

Shortly before 7:00 a.m., a call came into dispatch for a vehicle into a pole at South Main Street near State Avenue which is near the Fall River and Tiverton border.

Upon arrival, responders found a truck into Southend Barbershop at 2641 South Main Street with half of a telephone pole on top of the hood.

According to Captain Jay Huard, the operator, 28-year-old Timothy Faria, was operating a 1996 GMC Sierra. The truck swerved off the road and nearly struck a jogger who was on the sidewalk. 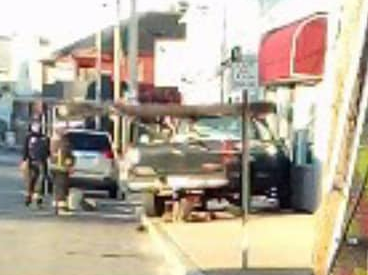 Rescue was called to the scene. A female passenger, age 31, was transported to Rhode Island Hospital for non-life-threatening injuries.

Verizon, Comcast, and National Grid were called for the downed wires. A building inspector was also called to the scene due to the building being struck.

The road was also closed for some time while repair work was completed.

Faria is being summoned to court for negligent operation of a motor vehicle and marked lanes violation.