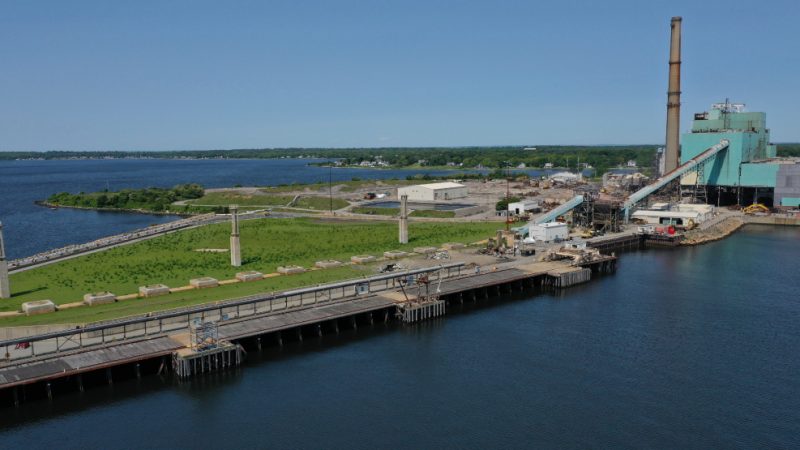 The Somerset Town Administrator has released a statement concerning scrap metal, the fires at the location, and the future of wind energy at the site.

The statement is as follows:

“In late August, 2019, Somerset officials revealed that Brayton Point Commerce Center was accepting scrap metal on the property, which was occupying space adjacent to the pier. While this is an allowable use in an Industrial Zone, Brayton Point officials were informed that they would need to file an application for Planned Development in order to attain the necessary permits to export scrap metal from the property. Brayton officials were also notified that they would need to contact the Massachusetts Department of Environmental Protection (Mass DEP) for an environmental review of their on-site activities. The Planned Development permit process will not approve or deny the activity; but would set limits, if needed for operating conditions at the site. Based on the limited activity at the time, Brayton Point Commerce Center was allowed to continue operations until the appropriate hearing could be scheduled with the Zoning Board of Appeals.

The town on its own initiative, suggested that all truck traffic follow safe routes that eliminated tight turns and improve traffic flow and safety. Brayton officials agreed to this request.

The town however, noticed greater volume of activity than initially observed and had been steadily increasing. The town therefore, ordered to the company to refuse any transported scrap metal until a proper Planned Development permit is approved by the Town of Somerset. The town will allow existing material currently located on the pier to be removed from the property by vessel, while restricting the hours of operation from 8:00 AM to 5:00 PM, Monday through Friday.

On October 8, 2019 the town responded to the fourth call for services resulting from fires created during the process of demolition of an existing structure. Our extended response in each of these cases had resulted from an inadequate water supply and failure of Brayton Point Commerce Center officials to communicate emergency conditions in a timely manner. The Somerset Fire Department advised Brayton Point Commerce Center of their concerns and advised that additional fire hydrants and increased water pressure were necessary. This information was also communicated to the Town’s Building Official. Based on the observations and recommendations of the Fire Department, the Building Official has temporarily suspended the Center’s demolition permit until he is satisfied that they have complied with the Fire Department’s concerns.

The town is committed to working with the Brayton Point Commerce Center to achieve its original plan of bring wind energy ashore at Brayton Point. We recognize that this is a long term project and subject to conditions imposed beyond the town’s ability to control. Accordingly, we recognize that the Center will try to mitigate their costs by allowing other activities until their plan can be achieved. We will ensure that this is done consistent with the town’s by-laws and regulations.”