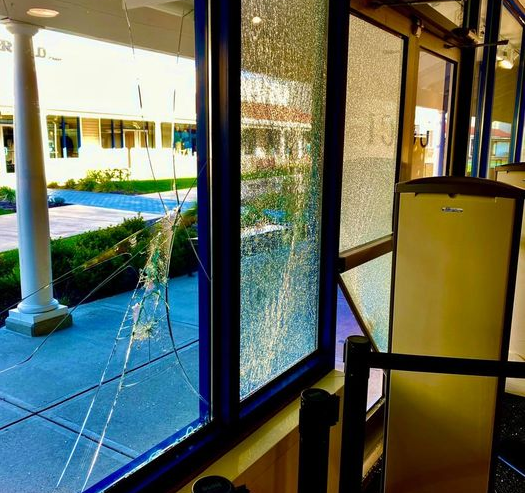 BOSTON – Three men from the Washington, D.C., area have been indicted by a federal grand jury in Boston for stealing thousands of items from a high-end outlet store in Wrentham, Mass.

According to the Massachusetts Department of Justice, Linworth Hayes Crawford III, 28; Ronald Patterson, 32; and Nathaniel Owens, 32, were indicted on conspiracy and transporting more than $5,000 in stolen goods. They will appear in federal court in Boston at a later date. The defendants were previously charged by criminal complaint in December 2021.

On the evening of Sept. 16, 2021, Crawford III, Patterson and Owens allegedly traveled from the Washington D.C. area to the Wrentham Village Premium Outlets in Massachusetts. It is alleged that, in the early morning hours of Sept. 17, 2021, the defendants and another unidentified individual smashed the front door of the Gucci outlet store, went inside and took approximately $32,000 in high-end merchandise. The defendants then left the store and drove back to the Washington D.C. area.

According to court documents, phone records show the defendants travelling from the Washington D.C. area through Connecticut to Wrentham prior to the burglary and that they were identified on video surveillance seeking a replacement tire at a Town Fair Tire in Connecticut in the early morning hours of Sept. 16, 2021. Later that day, it is alleged that the defendants were identified on video surveillance at the Wrentham Outlets prior to the burglary in the same vehicle and in the same clothing as seen in the Town Fair Tire surveillance footage. According to court documents, police reports indicate that the vehicle was involved in a number of shopliftings in Virginia.

Additionally, on Sept. 17, 2021, Patterson allegedly posted on his Instagram account that he had Gucci bags available for sale. Images of the bags appeared to be identical to the Gucci bags stolen during the burglary earlier that day.