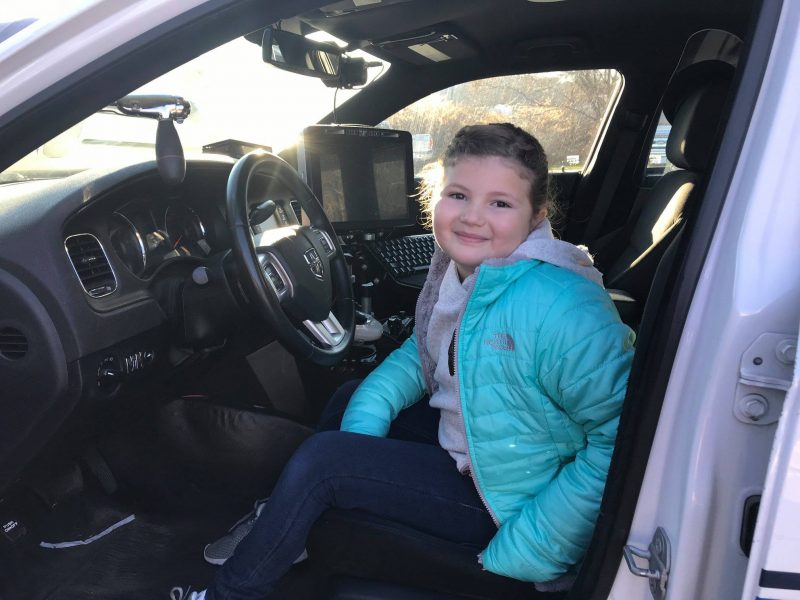 Thanks to the Tiverton Police and some good fundraising skills, a student became Chief for a day in the town.

Every fall, the Ranger School PTO organizes a fundraiser that involves the participation of children at the school. This year, students were asked to sell soup and cookies. The Tiverton Police and Chief Patrick Jones decided to put up a “Chief for a day” experience for the fundraiser. The PTO decided to put the top twelve selling students in a drawing and school principal Manny Cabral picked a name out in front of all of the top earners. Luckily for Amber, principal Cabral selected her name. 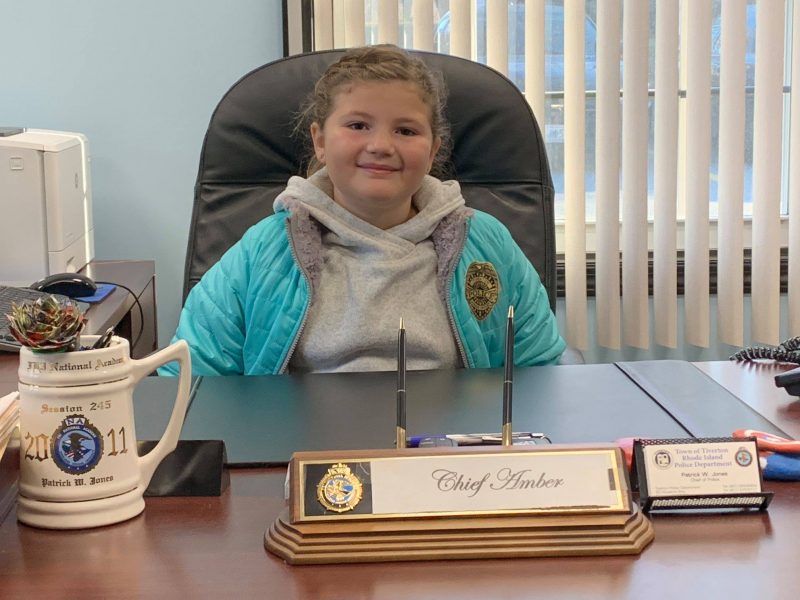 According to Tiverton Police, Chief Amber was picked up for duty by SRO David Ayers and taken to police headquarters for roll call and staff meetings. The Chief’s first order was to make sure the department was getting into the holiday spirit and helped put up the department’s Christmas tree. Because she was the Chief, she got to place the star on the top. 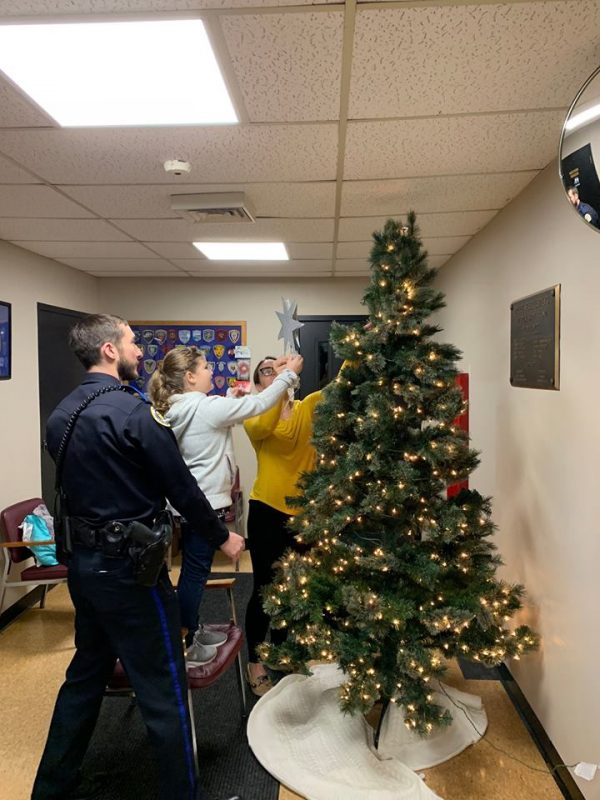 The Chief didn’t stop there. Chief Amber went on patrol and checked that everything was secure at CRUMBelievable Bakery where she had a quick snack. She also took a trip to the Tiverton Fire Department to make sure operations were running smooth. 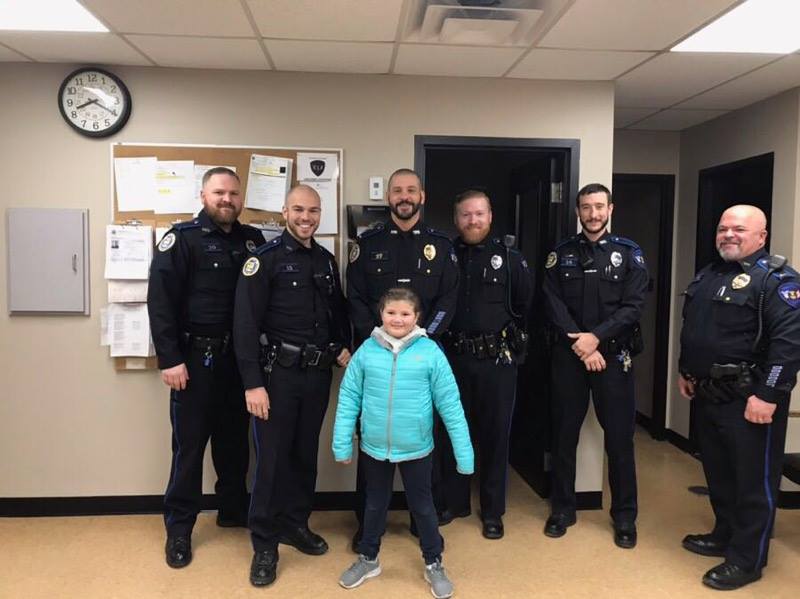 According to the PTO, in the past they worked with the fire department and the top seller was awarded a ride home from school in a fire truck.

This isn’t the first time the TPD has granted a “Chief for a day” experience. It is something the department and Chief Jones enjoy. “We love doing it.”