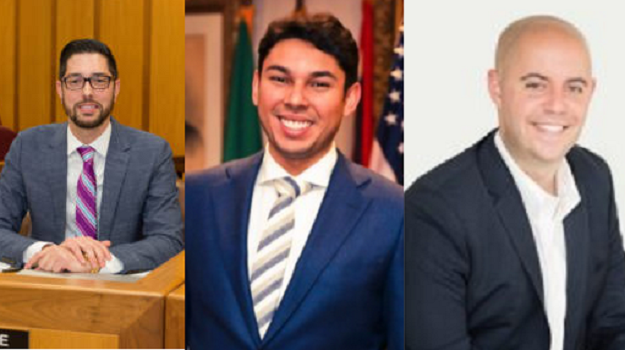 During discussion on the City of Fall River’s streetscapes initiative, Council President Cliff Ponte Jr professed his frustration at both of the streetscapes projects believing both are failures which led to comments concerning the condition of other city streets and that the Purchase Street streetscape project had not brought bustling business to the area. City Councilor Shawn Cadime then responded by stating that Ponte was incorrect due to the fact that Mayor Correia’s girlfriend was opening up restaurants in the area and was handed liquor licenses “out of nowhere”.

Approximately 5 minutes after the comments by Cadime and Ponte, Mayor Correia appeared on the meeting floor and sat down with other members of his administration. Ponte asked the mayor why he was walking on the council floor uninvited and instructed the mayor to sit in the audience. When Correia did not leave the table, a recess was called.

Once the finance meeting resumed, Correia stated that as mayor he has the right, according to the charter, to attend the meeting as part of the administration and told Ponte to “show some decorum.”

The comments by the mayor appeared to anger Ponte.

The meeting then went into recess for a second time and reconvened just after 9:00 p.m. with Brad Kilby noticeably absent, but police officers noticeably present. Ponte again asked the mayor to go back into the audience and stated that the mayor doesn’t typically attend the meetings and that he showed up due to hearing something he didn’t like. Correia stated that if him not showing up to meetings was the issue that he would attend the council meetings.