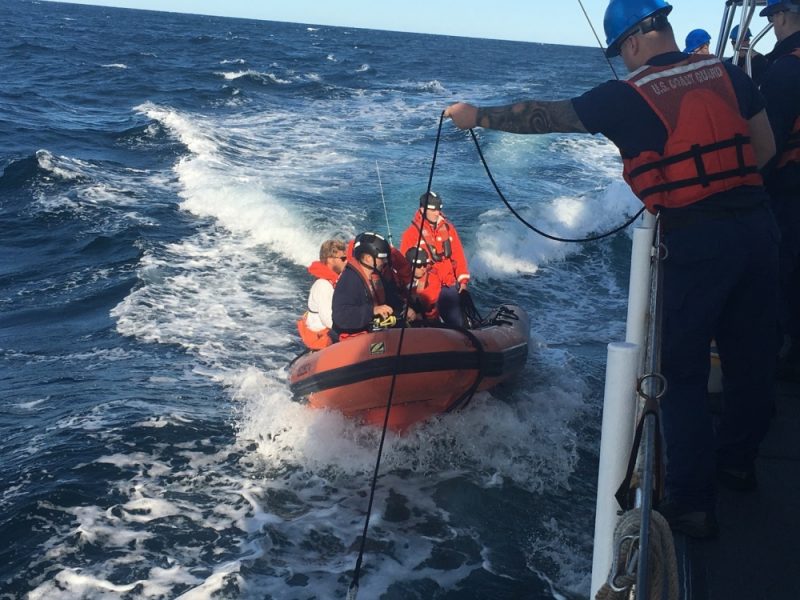 BOSTON — The Coast Guard rescued two boaters Sunday approximately 30 miles off the coast of Maine after they were reported overdue.

At approximately 10:30 p.m., Saturday, a boater’s wife reported to Coast Guard Sector Northern New England watchstanders that her husband and his friend had not returned home from their trip to Cashes Ledge aboard a 22-foot recreation boat.

An Air Station Cape Cod aircrew located the missing boat and passengers at approximately 6:20 a.m., Sunday. The boaters signaled to the aircraft by waving a flag and setting off a flare.

Ocracoke, an 110-foot cutter, arrived on the scene at 7:09 a.m. and launched their small boat rescue crew.

The rescued boaters reported that on Saturday night they experienced an engine casualty, and, due to loss of power, were unable to use radios. They were not in cell reception range.

The boaters are reported to be in good condition and were wearing life jackets. They were taken to Gloucester, Massachusetts.