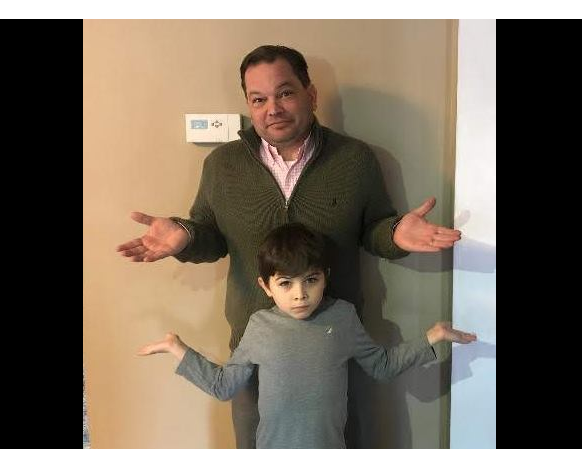 The Kyle Riley campaign is repeating the sentiments of Tom Brady at the Patriots Super Bowl Rally. “We’re still here.”

An announcement surfaced Thursday from the Massachusetts Office of Campaign Finance stating that Riley was no longer required to file campaign finance disclosure reports due to him no longer running for mayor. 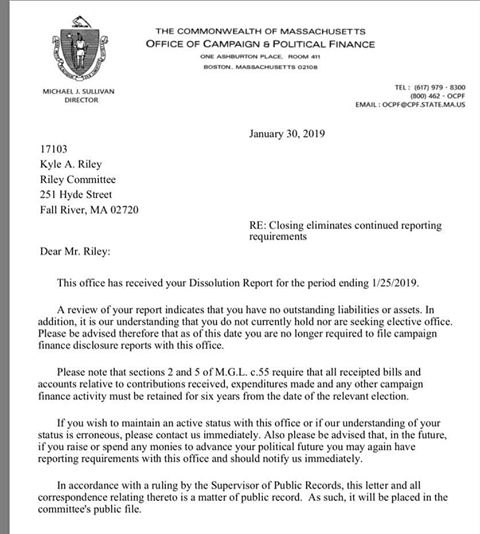 After seeing this, we contacted the Fall River Elections Office. After an initial inquiry, they discovered that there appeared to be a glitch, but to contact the Riley campaign. Later on Friday, the Riley campaign released details on the incident.

“Amidst the bit of chaos today that has since been resolved, I am happy to put any confusion to rest. The campaign is alive and well!”

“Stepping down and giving up is not an option. I am blessed to be among such amazing supporters and will make every effort to make the city I grew up in and love prosper.” 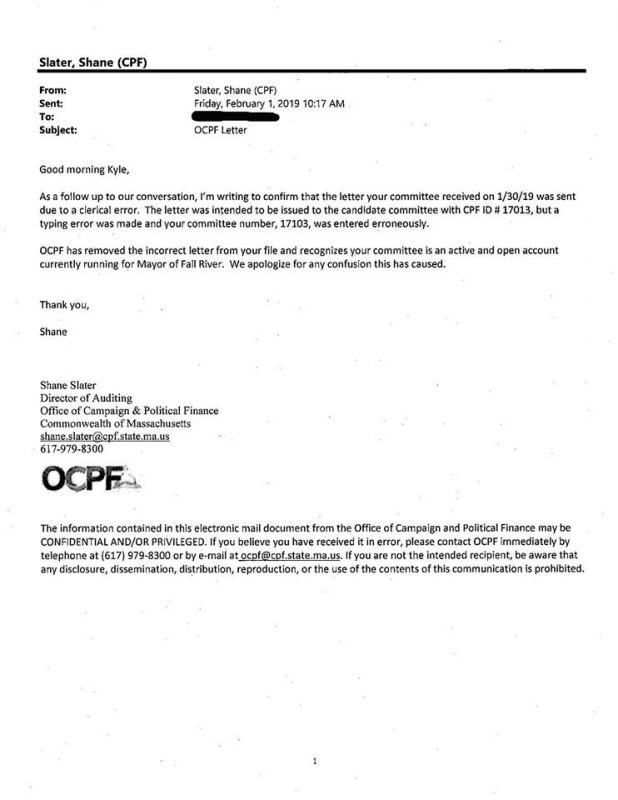