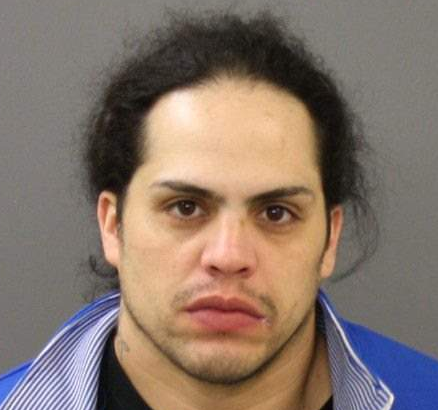 A 40-year-old Taunton man who violently assaulted his wife while she was driving a vehicle with their infant child in the back seat last April, was sentenced to serve three years in state prison last Wednesday in Fall River Superior Court, Bristol County District Attorney Thomas M. Quinn III announced.

On April 4, 2019, at around 3 pm, Taunton Police were dispatched to Harrison Street for a report of a female bleeding from the mouth, screaming that her husband just hit her.

Police located the victim, who was bleeding profusely from the mouth and was very upset. She told the responding officers that she was driving to a gas station with her husband in the passenger seat and the infant in the back when the defendant began arguing with her about which gas station to drive to.

She told police the defendant grabbed the wheel to steer into Grampy’s gas station, and she pushed his hand away. He then backhanded her in the mouth, which broke her front tooth. The defendant then fled the car with her cell phone. The victim got out and started to yell for someone to call police. An ambulance arrived shortly thereafter and transported her to the hospital. Her parents met her at hospital. While at the hospital, the defendant was texting her through her fathers’ phone, telling her that she needed to drop the charges, that he would not go back to jail. He told her not to allow anyone to take photos of her injuries and that he would kill himself if she didn’t drop the charges.

Police used the victim’s Find My iphone application to locate the defendant and he was arrested at a bar in Taunton. When arrested, the defendant told police that she knocked her own tooth out and that they were wasting their time because she would come bail him out.

After initially being on board with the prosecution, the victim soon became hostile against it and attempted to undermine the case.

At the time of the incident, the defendant was on probation for a 2015 stabbing in New Bedford.

The case was prosecuted by Assistant District Attorney Courtney Cahill and the prison sentence was imposed by Judge Thomas Perrino.

“While out on probation for another violent offense, the defendant committed a serious act of violence against the victim. Despite the victim trying to undermine the case, we were able to secure a conviction that will keep him off the street for up to four years. The defendant has a violent history and clearly is a danger to the community,” District Attorney Quinn said.