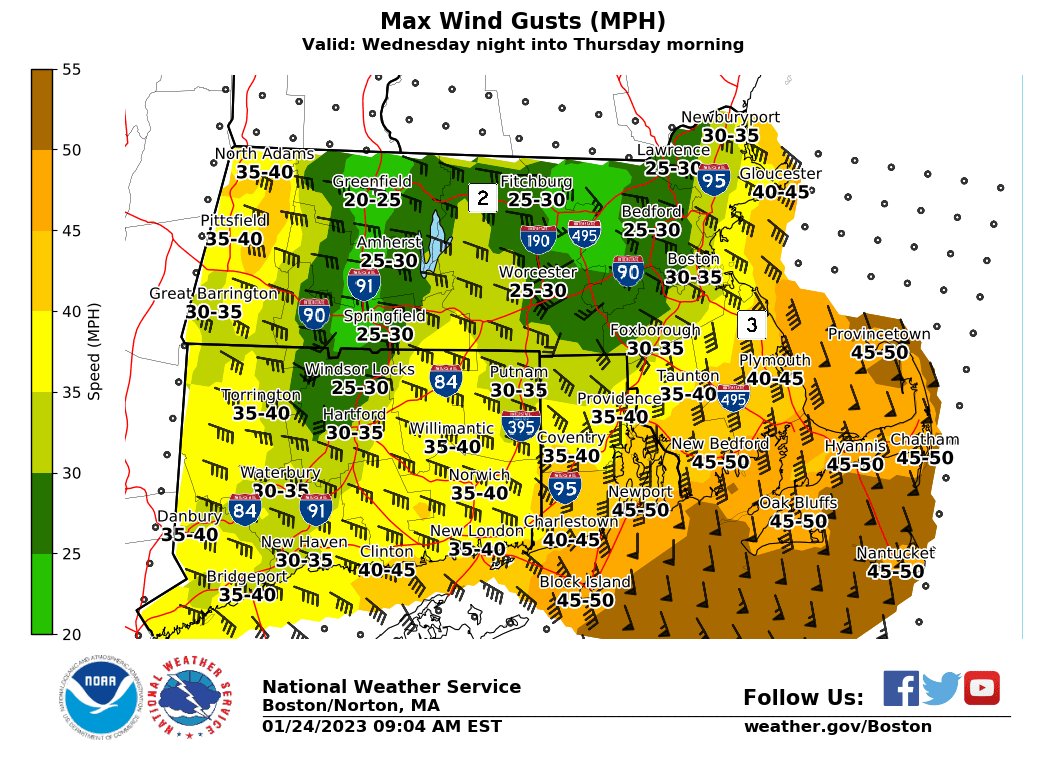 BOSTON – Strong winds, rain, and snow are expected, flooding and power outages possible as the area has been issued a Wind Advisory and a Flood Watch.

According to the National Weather Service Boston, snow will develop Wednesday afternoon and is expected to impact the evening commute.

Rain will take over after midnight with nuisance street flooding possible and a period of 40-50 mph wind gusts across southeast New England. 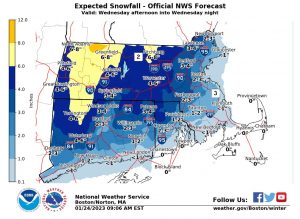 South winds 25 to 35 mph with gusts up to 50 mph expected in Southern Rhode Island, Southeastern Massachusetts, and Cape Cod and the Islands.

Gusty winds could blow around unsecured objects. Tree limbs could be blown down and power outages may result.

Gusty winds around 35 mph will continue into Thursday afternoon. 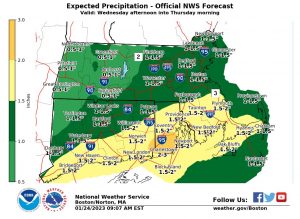 From Wednesday evening through Thursday morning, a Flood Watch is also in place for Rhode Island and southeastern portions of Massachusetts.

Excessive runoff may result in flooding of rivers, creeks, streams, and other low-lying and flood-prone locations. Flooding may occur in poor drainage and urban areas.

A period of heavy rain combined with snowmelt Wednesday night into Thursday morning may cause street and poor drainage flooding along with rises on area rivers, creeks and streams.