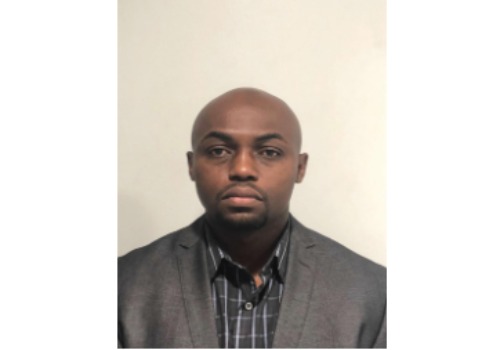 Colonel James M. Manni, Superintendent of the Rhode Island State Police and Director of the Department of Public Safety, announces the arrest of a correctional officer at the Adult Correctional Institutions on charges that he engaged in sexual relations with several inmates during a two-year period.

The correctional officer, identified as Collins Umoh, age 40, of 24 Clayton Road, Warwick, was charged with seven counts of Correctional Employees – Sexual Relations with Inmates, a felony.

The arrest was the result of a joint investigation by detectives from the Rhode Island State Police Major Crimes Unit and the Rhode Island Department of Corrections’ Office of Internal Affairs. The investigation found that Umoh allegedly had engaged in sexual relations with three different female inmates on seven different occasions between July 2017 and August 2018.

All of the alleged incidents took place at the Gloria McDonald Women’s Facility on the ACI grounds.

Umoh was arrested Tuesday and was arraigned in Superior Court in Providence. He was released on $20,000 personal recognizance pending further court action.

The charge of Correctional Employees – Sexual Relations with Inmates (RIGL 11-25-24) is a felony punishable by up to five years in prison and/or a fine up to $10,000.

Umoh has been a correctional officer for approximately 11 years. He was placed on paid administrative leave in August 2018, immediately after the allegations of sexual misconduct were reported, pending the outcome of the investigation.