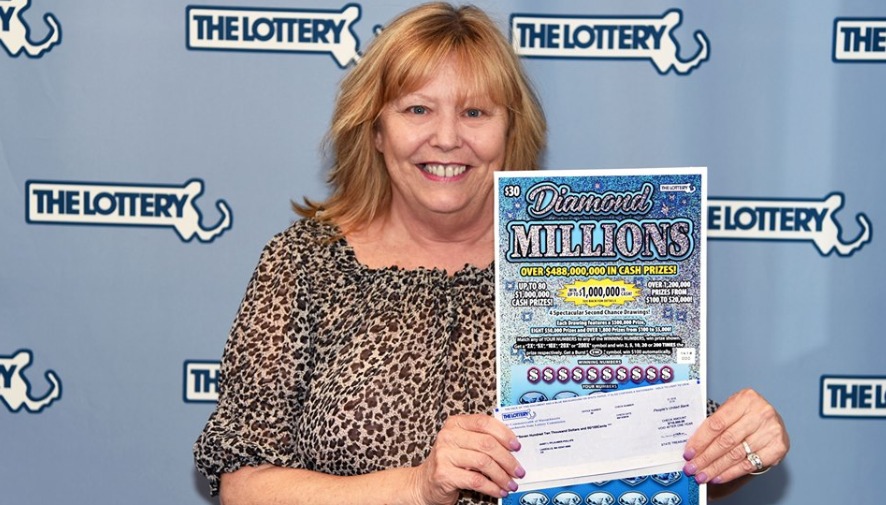 Third time’s the charm? Why stop there?

Janet Pflaumer-Phillips of Lakeville and her husband Kevin have something new in common – they are each $1 million Massachusetts State Lottery instant ticket prize winners. In Kevin’s case, he’s won two $1 million prizes.

Janet won her $1,000,000 cash prize (less tax withholdings) on the new “Diamond Millions” $30 instant ticket, claiming her winnings on Monday, May 13. Her lucky ticket was purchased at A&A Petro, 381 West Grove St. in Middleborough. The store will receive a $10,000 bonus for its sale of the ticket.

Kevin won his $1 million prizes in April of 2014 and September of 2016. His winning tickets were purchased at Trucchi’s Supermarket, 438 West Grove Street in Middleborough, and Shaw’s, 95 Washington St. in Canton, respectively.

Janet plans to help family and friends with her good fortune.

There are 78 additional $1 million prizes remaining in the “Diamond Millions” instant ticket game.