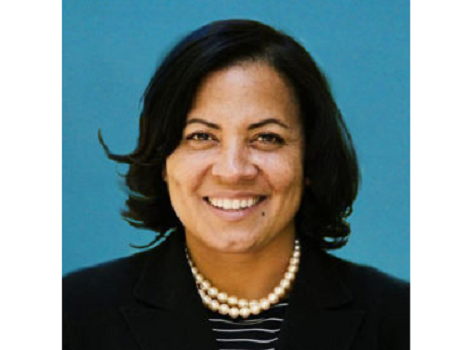 BOSTON – United States Attorney Rachael S. Rollins announced Thursday that an agreement has been reached with the Massachusetts Trial Court to resolve allegations that its drug court violated the Americans with Disabilities Act by discriminating against individuals with Opioid Use Disorder.

The agreement resolves a complaint filed with the U.S. Attorney’s Office that the Trial Court discriminated against drug court participants taking Medication for Opioid Use Disorder. MOUDs are FDA-approved medications prescribed by licensed medical providers and include buprenorphine (Suboxone), methadone and naltrexone (Vivitrol). MOUDs are evidence-based treatments for OUD, which may increase the likelihood that a person will not continue to use illegal drugs, reduce withdrawal symptoms and cravings and reduce the risk of overdose death. According to the complaint, as a condition of participating in drug court, participants were ordered or pressured to stop taking their lawfully prescribed MOUD, without an individualized assessment by a medical professional. In addition, drug court personnel – with no medical training – required or pressured drug court participants to specifically and exclusively take Vivitrol as a condition of participation in drug court, without regard to whether a health professional recommended that specific treatment option over others.

“The opioid crisis has impacted nearly every household and family unit in the Commonwealth. My family is no exception. Sadly, in Massachusetts per capita rates of opioid-related deaths are above the national average. To combat this public health crisis we need to be doing everything possible to save lives. That includes ensuring access to all forms of medical treatment for OUD,” said United States Attorney Rachael S. Rollins. “We commend the Massachusetts Trial Court for working with us to implement a policy that sets a standard for other state courts across our country to follow. This policy helps ensure that the court system leaves MOUD treatment decisions to trained and licensed medical professionals.”

Under the terms of the agreement, all 25 of the Massachusetts drug courts will implement the Trial Court’s new policy in which only licensed prescribers or opioid treatment programs will make decisions regarding a participant’s treatment plan, including the type of medication and dosage. Treatment plans will be developed by the licensed prescriber or OTP after conducting an individualized assessment for each participant. Drug courts and their personnel will not interfere with these individualized assessments, and will not express a preference for, or mandate, one form of MOUD over another. Drug courts and their personnel may only require that participants with OUD comply with the treatment recommendations of a licensed prescriber or OTP. Additionally, drug courts will ensure compliance with the policy, including implementing a new procedure for reviewing complaints about decisions related to MOUD, regardless of the source of the complaint.

This matter is part of an ongoing effort by the U.S. Attorney’s Office to enforce Title III of the ADA to eliminate discriminatory barriers to treatment for Opioid Use Disorder. It is the Office’s 14th settlement agreement since May 2018 resolving allegations of ADA violations arising from Opioid Use Disorder treatment.