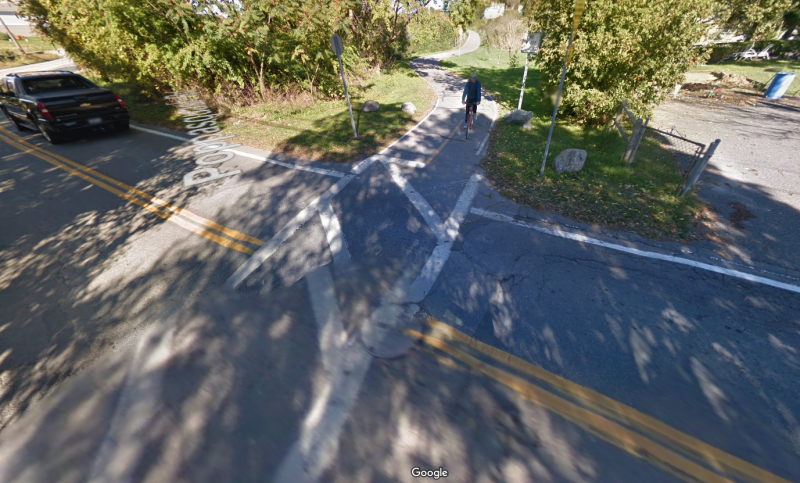 RI DOT has issued a statement concerning the death of a Somerset boy riding his bike at a Bristol bike path.

“The department extends its deepest sympathies to the family of this young child. We are working with state and local police, and our traffic safety and traffic engineering divisions are reviewing the intersection and all signage and striping for both cyclists and vehicular traffic. We will take that data and, if necessary, turn it into a plan to make it safer.”

According to Chief of Public Affairs Charles St. Martin, this is the first fatality on the state bike path system as far as they know (records go back to 1994). Also, out of an abundance of caution, they will be doing a safety review of all 200+ road crossings along the state bike path network over the next six months.

6 year old Mason Sterne of Somerset was the victim in the Tuesday afternoon accident.

Initial investigation at the scene determined that a 2007 Ford, operated by a 21 year old female from Canton, CT, was traveling west on Poppasqush Road from Hope Street. At the East Bay Bike Path the vehicle collided with Mason who was crossing Poppasquash Road on a bicycle.