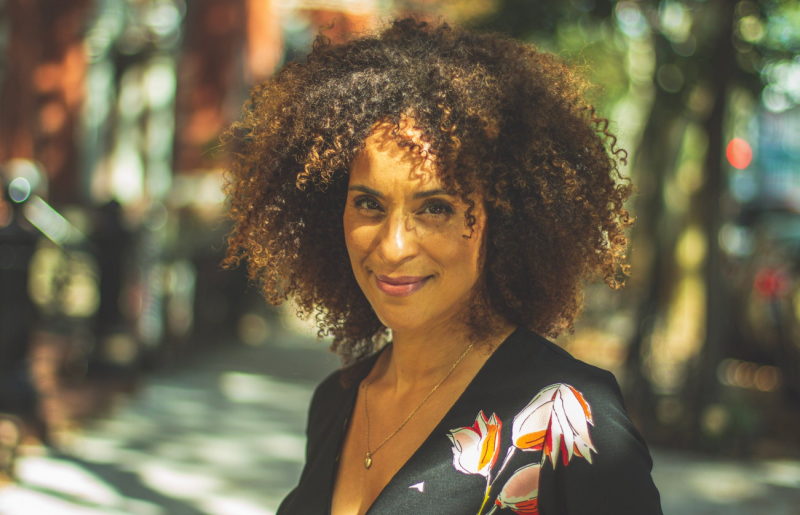 Many know her as Hilary Banks from Fresh Prince of Bel-Air, but Karyn Parsons, who has a home near Horseneck Beach, is celebrating the release of her debut novel in Westport.

According to a press release, on Saturday, March 30th at 11:00 a.m., Partners Village Store and Kitchen is welcoming the release of Parsons’ “How High The Moon,” for readers aged 8 – 12 and above.

To Kill a Mockingbird meets One Crazy Summer in this powerful, bittersweet debut about one girl’s journey to reconnect with her mother and learn the truth about her father in the tumultuous times of the Jim Crow South.

In the small town of Alcolu, South Carolina, in 1944, 12-year-old Ella spends her days fishing and running around with her best friend Henry and cousin Myrna. But life is not always so sunny for Ella, who gets bullied for her light skin tone, and whose mother is away pursuing a jazz singer dream in Boston.

So Ella is ecstatic when her mother invites her to visit for Christmas. Little does she expect the truths she will discover about her mother, the father she never knew and her family’s most unlikely history.

And after a life-changing month, she returns South and is shocked by the news that her schoolmate George has been arrested for the murder of two local white girls.

Bittersweet and eye-opening, How High the Moon is a timeless novel about a girl finding herself in a world all but determined to hold her down.

Karyn Parsons is best known for her role as Will Smith’s ditsy cousin Hilary Banks on NBC’s The Fresh Prince of Bel-Air. After leaving acting behind, Karyn has gone on to found and produce Sweet Blackberry, an award-winning series of children’s animated films, to share stories about unsung black heroes in history, featuring narration from stars such as Alfre Woodard, Queen Latifah, and Chris Rock. It’s been screened on HBO and Netflix, and enjoyed by schools and libraries across the country. How High the Moon is Karyn’s self-authored debut novel.

To reserve your spot on Saturday, March 30th, please contact Partners Village Store at (508) 636 – 2572 or email liz@partnersvillagestore.com. All ages are welcome.