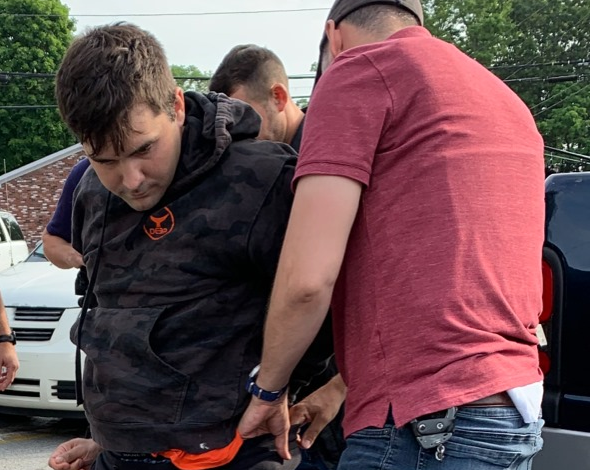 A 31-year-old registered sex offender living in Smithfield, RI, who allegedly claimed during Instagram communications with two minor boys in Florida to be 17-years-old, has been ordered detained in federal custody in Rhode Island on charges he attempted to send obscene material, including live video of him performing a sex act on himself, to one of the boys.

According to court documents, on May 18, 2021, a woman reported to the North Port, FL, Police Department that an unidentified person had sent inappropriate sexual communications to her 13-year-old son via an Instagram account with the identity of “Jackasslures.” The Instagram account held itself out as a fishing-related online site. The mother reported that her son also had received a package from Forestdale, RI, containing a fishing lure sent by a person associated with the Instagram account. North Port Police determined that the Instagram account belonged to Nicholas Sannicandro, 31, of Smithfield, RI, and that the 13-year-old learned of the online fishing site from a 14-year-old middle-school classmate who lives in nearby Englewood, FL. Law enforcement located the 14-year-old and determined that he allegedly had been communicating with “Jackasslures” since late January 2021.

According to court documents, a North Port law enforcement officer assumed the online identity of the 14-year-old and began communicating with “Jackasslures” in an undercover capacity. The officer stated to “Jackasslures” that he had just turned 14-years-old, and that he would be travelling to Warwick “as a treat.” In response, on June 10, 2021, “Jackasslures” allegedly sent an image of himself, images of the inside of his boat docked in Warwick, an image of himself wrapped in a blanket on the boat with the caption of “I’M COZY IN MY BED ON. MY BOAT[.]” and an invitation to go out on the boat with him. During further online communications on June 14, Sannicandro allegedly sent a sexually explicit image to the undercover. On June 15, among other messages exchanged between the two, Sannicandro allegedly sent the person he believed to be the 14-year-old a live video of him performing a sex act on himself.

On Tuesday, FBI agents, with the assistance of the North Port, Florida, Police Department, Rhode Island State Police, members of the Rhode Island State Police Internet Crimes Against Children Task Force, and the Warwick Police Department, arrested Sannicandro on a federal criminal complaint charging him with attempted transfer of obscene material to a minor and commission of a specified sexual exploitation offense by a person required to register as sex offender. Law enforcement agents and officers also executed court-authorized searches of Sannicandro’s Smithfield residence and boat docked in Warwick.