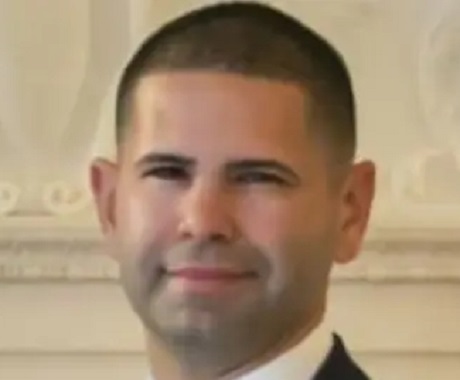 An off-duty police officer that was accused of assault in June during a planned demonstration in response to the U.S. Supreme Court ruling overturning Roe V. Wade has been acquitted.

Following the demonstration, the Rhode Island State Police and Providence Police Department received complaints of physical assaults that occurred during the demonstration. As the result of a joint investigation between the two agencies, a Providence Police Patrolman, identified as 35-year-old Jeann Lugo was arrested on a State Police affidavit and arrest warrant on the charges of simple assault and disorderly conduct.

Lugo, who was off duty at the time of the alleged assault, turned himself into the Lincoln Woods Barracks where he was arraigned in front of a Justice of the Peace and released on personal recognizance.

This is what it is to be a Black woman running for office. I won't give up.pic.twitter.com/ZREDP2dvXY

The reported assault involved Jennifer Rourke who was a candidate for Rhode Island State Senate in the 29th district. Lugo announced that he was running for that seat as a republican but dropped out of the race after the assault allegations.

On Wednesday, according to WPRI 12, the court acknowledged that an assault took place, however, the judge found Lugo’s actions were not unreasonable, saying they were in line with keeping public order.

Lugo stated that he was trying to capture a suspect after an independent journalist was reportedly assaulted. Lugo stated that he applied two “police-trained open-handed distractionary strike techniques” on Rourke to “get her off” him.

Lugo’s disorderly conduct charge was dismissed this past summer.

Lugo is still on administrative leave with pay.