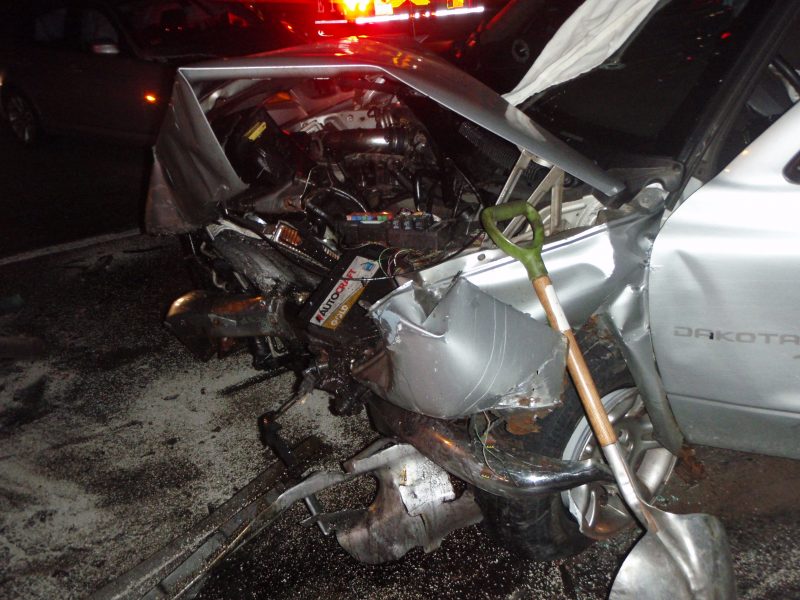 Authorities responded to a serious crash yesterday afternoon that left injuries and a driver charged.

According to Detective Lieutenant Michael C. Arnold, on Monday December 10th at approximately 5:47 p.m., Officers were dispatched to the intersection of West Main Road and Prospect Point for a motor vehicle accident with injuries. Portsmouth Fire and Middletown Police Department were dispatched for assistance.

Upon arrival, they observed a two vehicle head on car crash in the middle of the roadway. A silver BMW driven by a Portsmouth man and a gray pickup truck operated by Matthew Poulin, 24, of Westerly, were involved in the accident. The investigation revealed that the gray Dodge truck was traveling north bound on West Main Road near the town line. Poulin’s vehicle observed a vehicle turning left into Prescott Point and did not have enough time to stop. The suspect vehicle then veered into the south bound lane of travel and struck the BMW head on.

According to Officers on the scene, there were indicators that Poulin may have been consuming alcohol. He was placed under arrest for DUI 2nd offense and taken to the hospital due to incapacitating injuries. He later consented to further testing. The driver of the BMW was taken to the hospital as a precaution.

No further information on the condition of the drivers are available at this time. 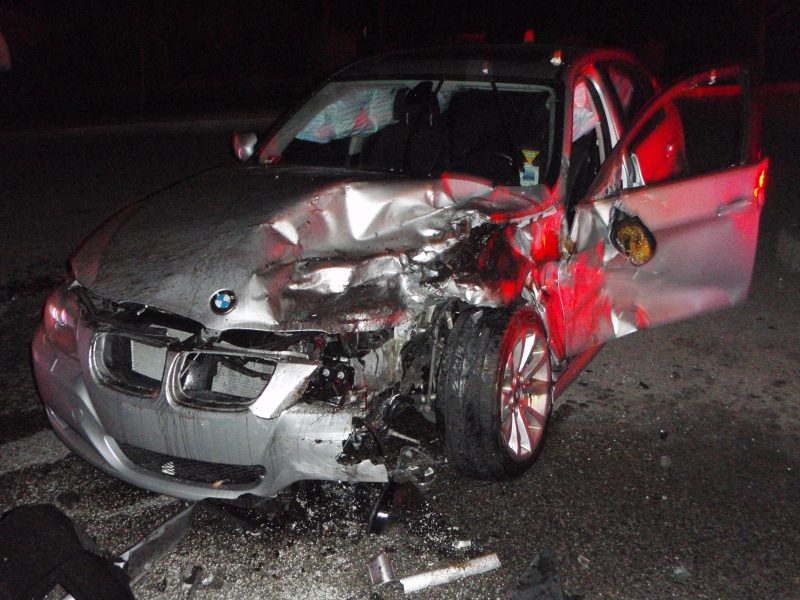