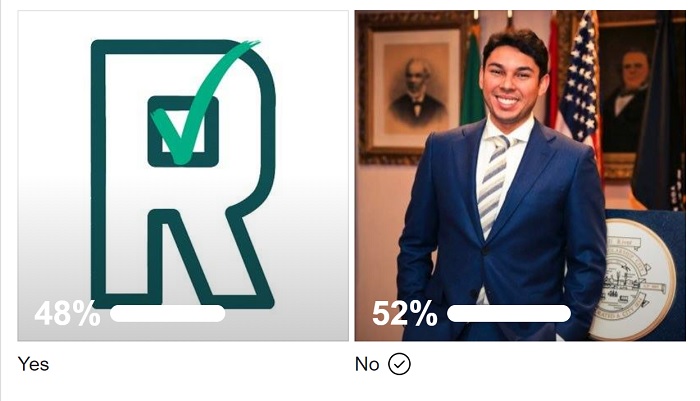 In the first two days of voting on our Facebook poll, over 1,900 people are evenly split on recalling Mayor Jasiel Correia. You can still vote here:

On March 12, Fall River residents will have a chance to recall Mayor Correia in a special election set by the City Council. Voters will have the opportunity to vote two times; yes or no on the recall, and who should be mayor if the recall is successfull. Mayor Correia can get recalled, but then win his own recall election. I wrote about how he could win here.

Online polls are simply a snapshot of how people are feeling at the moment. A lot can happen between now and March 12, and there is no certainty that anyone voting online will actually show up to the ballot booth. What it does show is the sentiment of people who live in or care about Fall River. Unfortunately, while being very vocal on social media, most people do not vote in Fall River elections.

A similar poll was conducted on Recall Fall River, the official social media page dedicated to recalling Jasiel Correia and their results show 61% in favor of recalling him, 39% against.

In my opinion, that adds vaility to our poll of a tightly split electorate – if a page dedicated to the recall gets 61% support, then 50-50 seems very resonible.