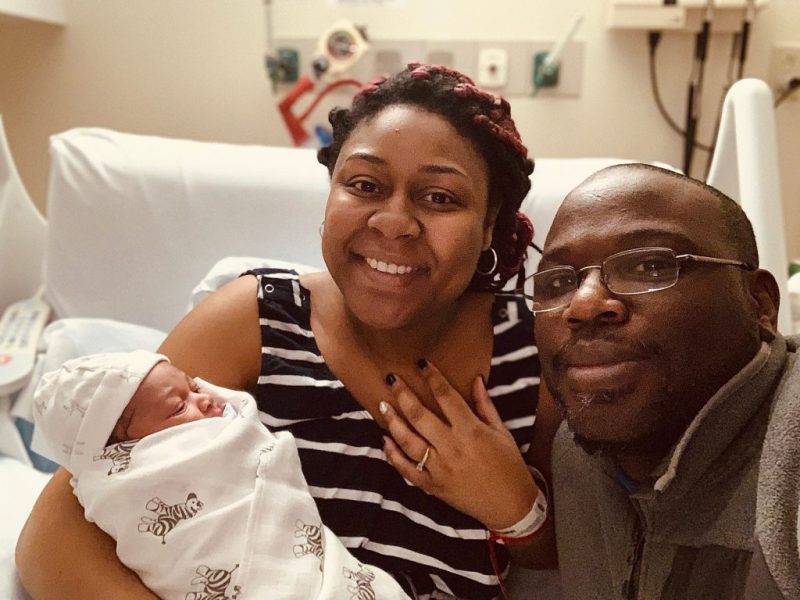 It was a good catch for two Massachusetts police officers.

At approximately 2:40 a.m. Wednesday, Bridgewater Police received a wireless direct 911 call from Herkins Francois stating that he and his wife, Latonia Francois, were on the way to the hospital because Latonia was in labor and that they may not make it to the hospital in time.

Herkins Francois was instructed to pull off of Route 24 onto Pleasant Street in Bridgewater. He pulled into the Home Depot parking lot, located at 1453 Pleasant St. (intersection of Routes 24 and 104), and Bridgewater Police officers and Bridgewater Fire Paramedics were dispatched to the address.

Bridgewater Officer Michael Clark was the first to arrive on scene. Upon arrival, Officer Clark observed that Latonia, a Taunton resident, was in the back seat of the car. Also in the vehicle was the couple’s two children.

Shortly after the delivery of the child, Bridgewater Fire paramedics and the Massachusetts State Police arrived at the scene. BFD paramedics then treated the healthy mother and newborn, a boy, and transported the two to Signature Healthcare Brockton Hospital.