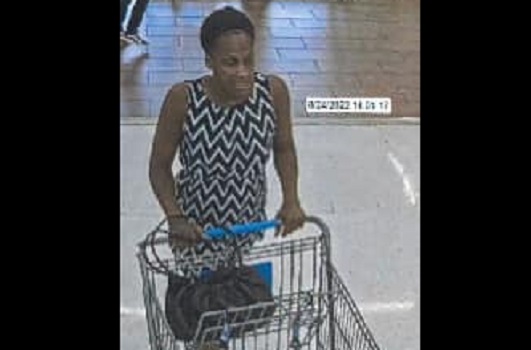 Police are looking for a female suspect that has reportedly been stealing merchandise from several retail spots.

According to police, on August 24th of this year, the above female, who worked together with a man, stole $1257 of KitchenAid mixers from Walmart in Cranston.

Loss prevention stated that the woman has done similar incidents at other locations and does wear a wig at times.

Anyone recognizing the female is asked to contact the Cranston Police at 401-477-5220.