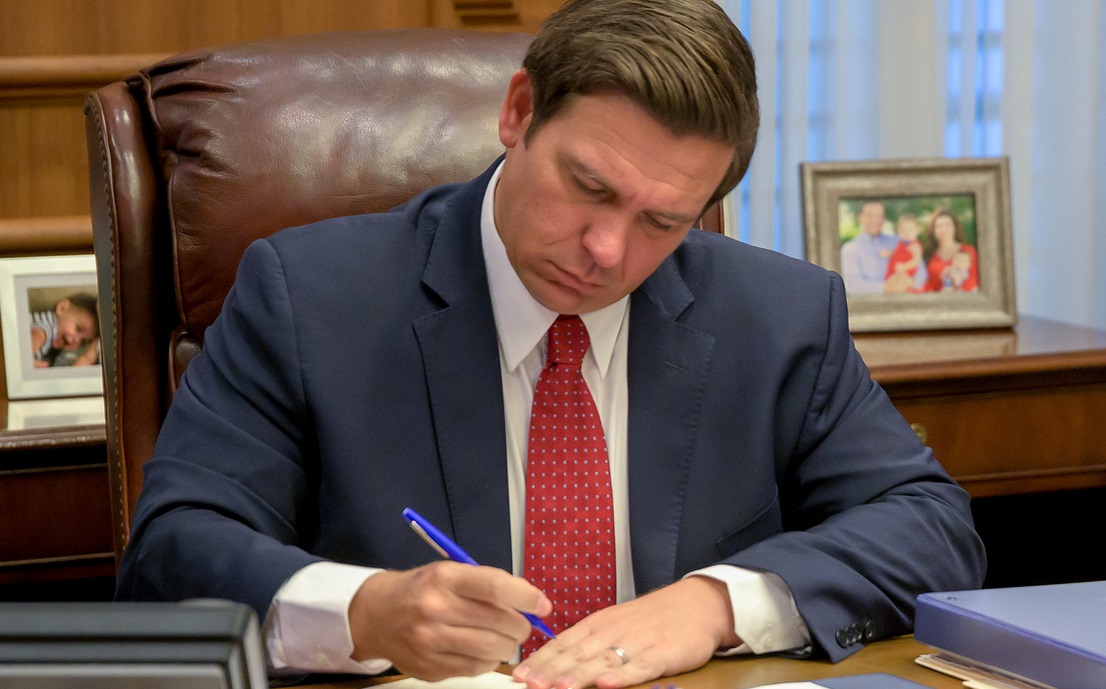 Photo courtesy of State of Florida

Boston – Today, Lawyers for Civil Rights filed a federal civil rights class action lawsuit against Florida Governor Ron DeSantis, Secretary of Florida Department of Transportation Secretary Jared Perdue, the State of Florida, and their accomplices, challenging the scheme to transport nearly 50 immigrants, including women and children, from San Antonio, Texas to Martha’s Vineyard without shelter or resources in place. The lawsuit was filed on behalf of a class of affected immigrants, including the immigrants stranded in Martha’s Vineyard, and Alianza Americas, a network of migrant-led organizations supporting immigrants across the United States.

The group stated that the class members were targeted and induced to board airplanes and cross state lines under false pretenses. They also say that accomplices of state officials, including the Florida Governor, targeted immigrants recently released from shelters and made false promises of work opportunities, schooling for the children, and immigration assistance in order to induce travel. Until immediately before landing, the affected immigrants did not know they were going to Martha’s Vineyard. Representatives of the migrants say that once the planes landed in Martha’s Vineyard, those who had coerced individuals to travel under these false pretenses disappeared, leaving the immigrants to learn that the offers of assistance had all been a ruse to exploit them for political purposes.

“No human being should be used as a political pawn in the nation’s highly polarized debate over immigration,” said Ivan Espinoza-Madrigal, Executive Director of Lawyers for Civil Rights, an organization providing free legal assistance to the migrants.

“For the Governor of Florida to cynically use recently arrived immigrants who have applied for asylum in the U.S. to advance a hate-driven agenda intended to create confusion and rejection throughout the country, is not only morally despicable, but utterly contrary to the best traditions of humanitarian protection embraced by most Americans,” stated Oscar Chacòn, Alianza Americas’ Executive Director. “That is why we have taken the steps to legally challenge what we view as not only a morally reprehensible action, but what we believe is also illegal,” added Chacòn. “We want to do everything we can to prevent more abuses against newly arrived immigrants, especially asylum seekers who deserve support, protection and to be recognized for the incredible contributions they make to the U.S., as well as their loved ones in their home countries,” concluded Chacòn.

“This cowardly political stunt has placed our clients in peril. Numerous laws were brazenly violated to secure media headlines,” Oren Sellstrom, the Litigation Director of Lawyers for Civil Rights.

The Lawyers report that upon arrival in Martha’s Vineyard, numerous individuals had to receive medical attention.

“These cowardly government actors must be held accountable for their clear misuse of government power,” said Jacob Love, an LCR Staff Attorney.

“We will help our clients overcome adversity and ensure that they receive the dignity and respect they deserve through this ordeal,” said Mirian Albert, an LCR Staff Attorney who has been working directly with the migrants in Martha’s Vineyard and Cape Cod.

“LCR staff members are working in alternating shifts to ensure a continuous presence with the migrants at the base,” said Myraida Melendez, the Director of LCR | HealthJustice who is at the base today with the clients.

Part of the group of volunteer attorneys include Emily Leung of the Justice Center of Southeast Massachusetts (South Coastal Counties Legal Services); Susan Church of Demissie & Church; Rachel Self of Rachel M. Self, P.C., and Julio Henriquez of Law Offices of Julio Henriquez.

DeSantis, who is running for re-election and has been a popular pick to run for president in 2024, has defended his actions as a protest against President Joe Biden’s immigration stance.

According to the Tampa Bay Times, on Monday, DeSantis said the migrants sent to Martha’s Vineyard “were provided an ability to be in the most posh sanctuary jurisdiction, maybe in the world. They were hungry, homeless. They had no opportunity at all.”

In addition to asking the federal court to enjoin Defendants from inducing immigrants to travel across state lines by fraud and misrepresentation, the class action seeks damages for the harm suffered by the migrants.