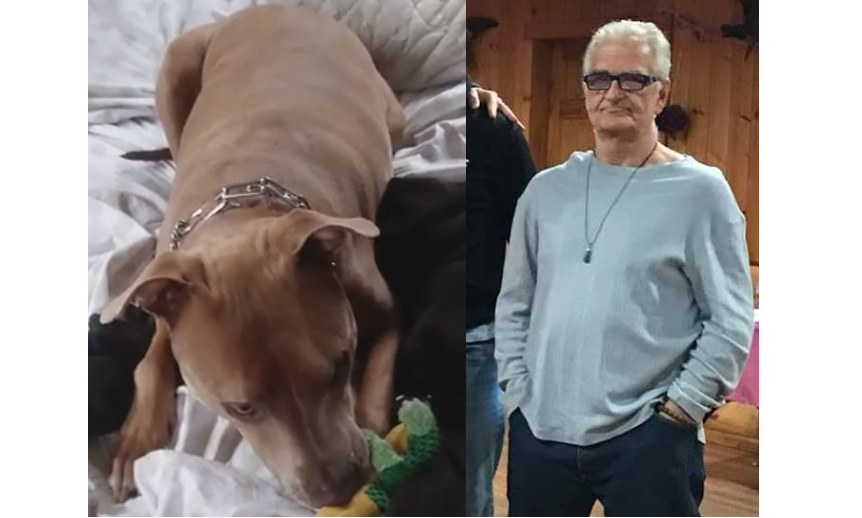 The Attleboro Police Department is seeking the public’s assistance in locating a missing 65-year old male.

Robert E. Coyle, whose last known address was in the Eastland Mobile Park in South Attleboro near the Pawtucket, RI line, is described as a white male of slim build, approximately 6’2” tall and weighing approximately 180 lbs, and has white hair, blue eyes, and wears glasses.

Coyle last had contact with family members during the first week of April, and has not been in contact since. Coyle was reportedly last seen on or about April 11th in the area of his residence at the Eastland Mobile Park in South Attleboro.

Coyle may have his dog “Stanley” with him. “Stanley” appears to be a mixed breed pit bull terrier, light tan in color with white markings on its chest and muzzle.

Coyle is not known to drive or be in possession of a vehicle, and is believed to be on foot. Coyle has a history of suffering from mental health issues for which he had recently been hospitalized and then released, and for which he requires medication. Family members fear that Coyle may not be taking his medication.

A Silver Alert has been issued for Coyle.

A missing person investigation is actively being conducted by the Attleboro Police Detective Division, with Detective Gabriel D’Agostino being the lead investigator.

Anyone with information as to Robert Coyle’s whereabouts is asked to contact the Attleboro Police Detective Division at 508-222-1212.