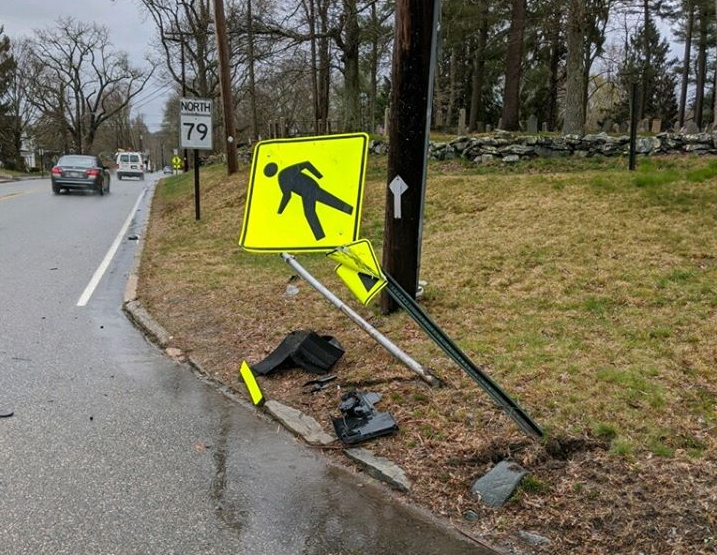 Freetown and Massachusetts State Police combined to arrest a car theft suspect thanks to the help of a smart K9.

On Tuesday, April 21st, at approximately 2:37 p.m., Freetown Police assisted MA State Police with a pursuit of a stolen car occupied by 3 suspects into the Assonet Village. Massachusetts State Police K9 Trooper Brian Soares was monitoring his cruiser’s radio when he heard that Trooper John Pina from the State Police-Dartmouth Barracks was pursuing the stolen car on Route 24 northbound near Fall River. The stolen vehicle, a 2006 Audi A6 taken out of Roxbury, got off the highway at Exit 9 and entered onto Route 79 in Freetown. 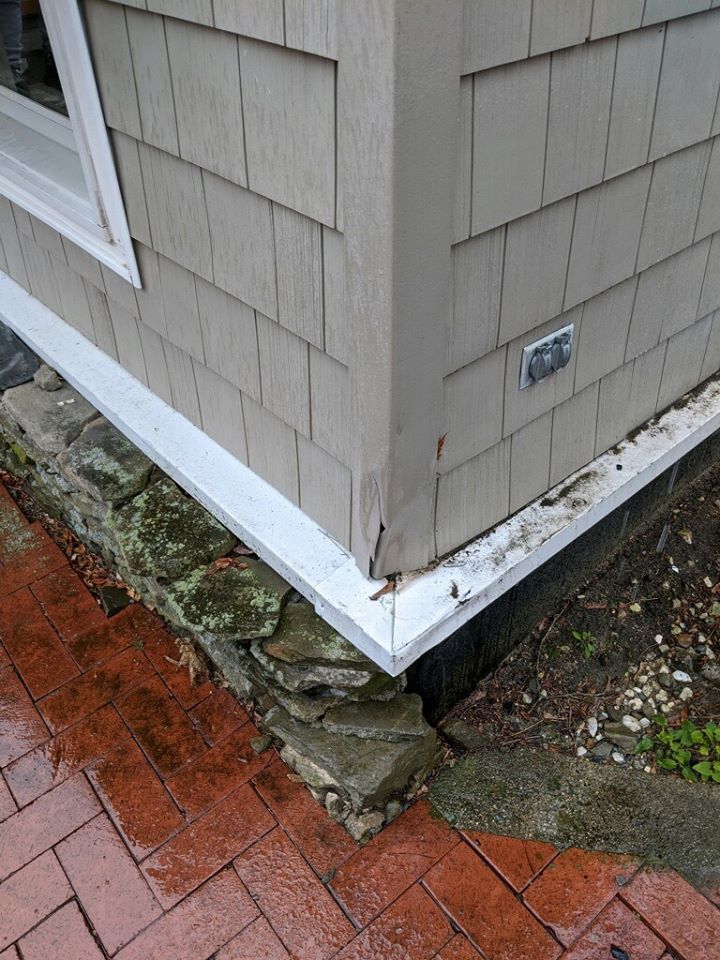 During the pursuit, the suspect vehicle lost control at the South Main St / High St intersection causing damages to multiple street signs. The suspect regained control and came to a stop after striking the last house on the Lane. 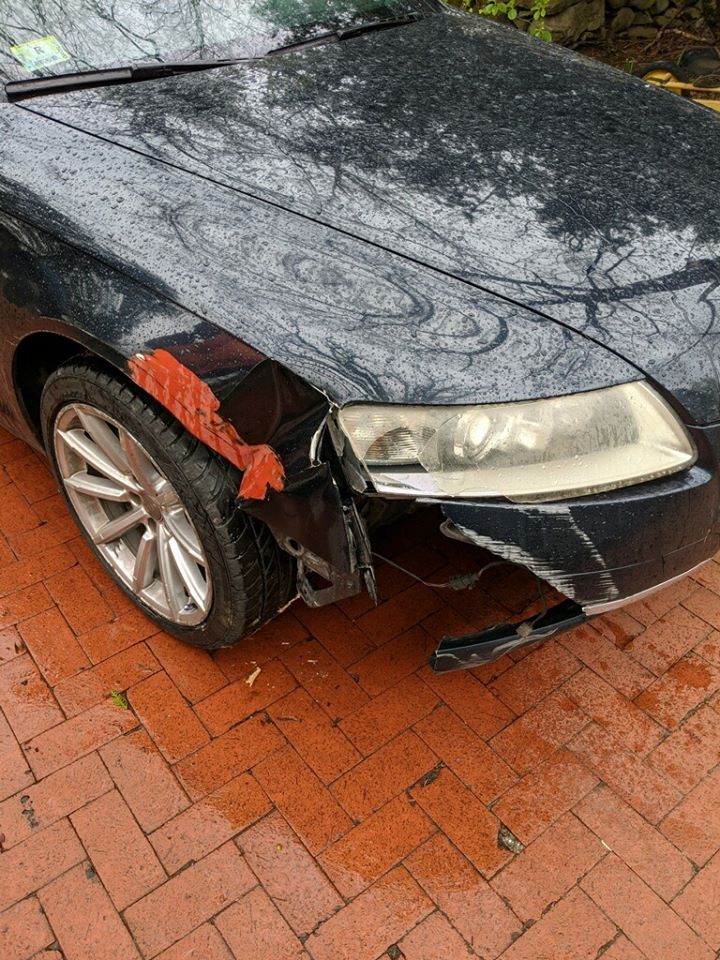 When the car eventually stopped, two male suspects bailed out of the car on a dead end off South Main Street. The suspects ran into the woods.

A local citizen who was visiting the Assonet Burial Ground was later approached by the suspected operator who requested a ride away from the scene. After the citizen refused the request, the citizen notified police, provided a description, and observed the suspect flee back into the woods.

Trooper Soares deployed his K9 partner Kantor from the cemetery and, along with Trooper Pina, began a search in the woods. After searching along the river and in woods along Route 24 for an hour, the Troopers saw one of the suspects running through the woods toward the river. They pursued but lost sight of him in the thick brush, but continued to search the area. 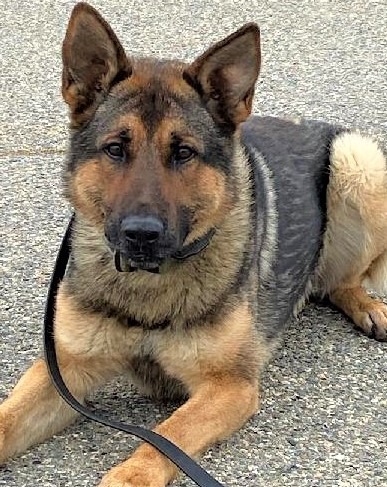 At that point, Kantor started displaying tracking behavior, pulled up a steep embankment along the river, and found the suspect trying to hide in a tree, about eight feet off the ground. Trooper Soares gave the suspect commands to surrender or face apprehension by Kantor. The suspect complied and was taken into custody without further incident. The suspect, a 16-year-old boy from Mattapan, was charged with stolen motor vehicle and other offenses and was booked at State Police-Dartmouth.