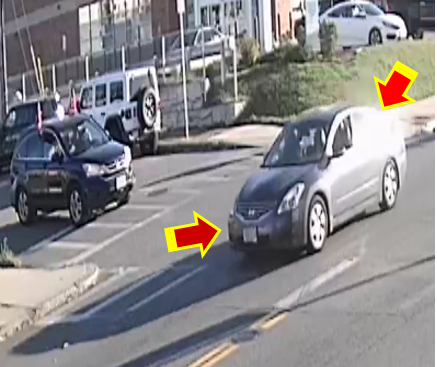 According to FRPD, on Thursday, October 8, the Fall River Police Department received several 911 calls related to an Assault & Battery in the area of South Main Street and Hall Street.

A preliminary investigation revealed that the victim was physically assaulted by two females for displaying “TRUMP” flags on her vehicle.

At this time, the investigation is on-going.

The suspects were seen operating a gray Nissan Altima (seen above).

Anyone who witnessed the incident or has any further information is asked to contact Detective Luis Vertentes at 508.324.2796. Anonymous TIPS are also accepted by calling 508.672.8477.