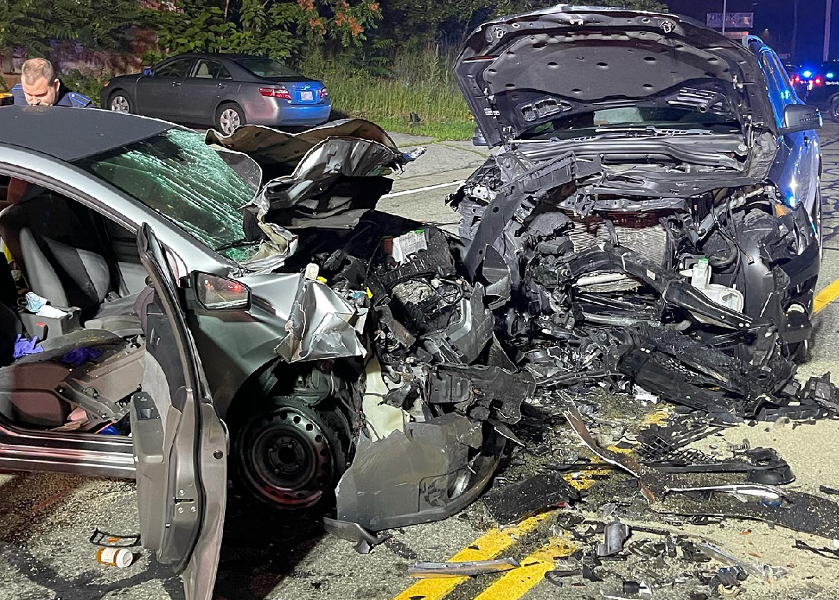 On Thursday at approximately 11:26 p.m., officers responded to the area of 524 Atwood Avenue for a reported head-on collision with serious injuries.

The operator of the Nissan was removed by Cranston Fire personnel with the jaws of life and pronounced dead immediately following the collision. Three occupants in the Mercedes SUV were transported to area hospitals with serious, but non-life threatening injuries. The operator of the Nissan who was deceased is identified as 49-year-old Louis A. Costa, of Crescent View Avenue, East Providence.

An independent witness stated the Nissan being operated by Costa was traveling south on Atwood Ave on its rim as the result of a blown front tire. The Nissan then turned around and was then traveling north on Atwood Avenue continuing on its rim. The witness began to follow the vehicle when he noticed the vehicle crossed over the center line and begin travelling north in the southbound lane. The witness indicated that the vehicle was traveling at a high rate of speed upon impact with the Mercedes. Investigators also confirmed the crash with area surveillance video.

The traffic reconstruction unit has determined that alcohol and speed are believed to be a factor in the crash.