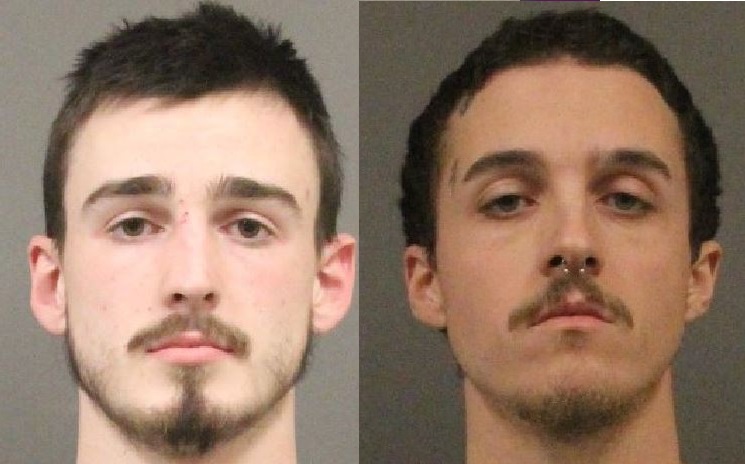 Police in southeastern Massachusetts reportedly caught two in the act when spray-painting businesses this week.

Officers Kevin Ciavarra and Dana Reissfelder interrupted two adult men spray-painting their “tags” on downtown businesses in Plymouth. PD stated that this has been a big problem recently that has cost family-owned businesses time and money.

A foot chase ensued where the Officers quickly caught up to 21-year-old Sean Hart, of Plymouth. He had a backpack full of spray paint.

Plymouth Police stated that they located a car nearby that “had more spray paint in it than the Home Depot.”

PD figured the second guy that ran would eventually return to this vehicle and that was in fact the case as 26-year-old Casey Michalak, of Halifax, was arrested when he returned.

Both were arrested and charged with Vandalism to property, Disorderly Conduct, and Resisting Arrest.