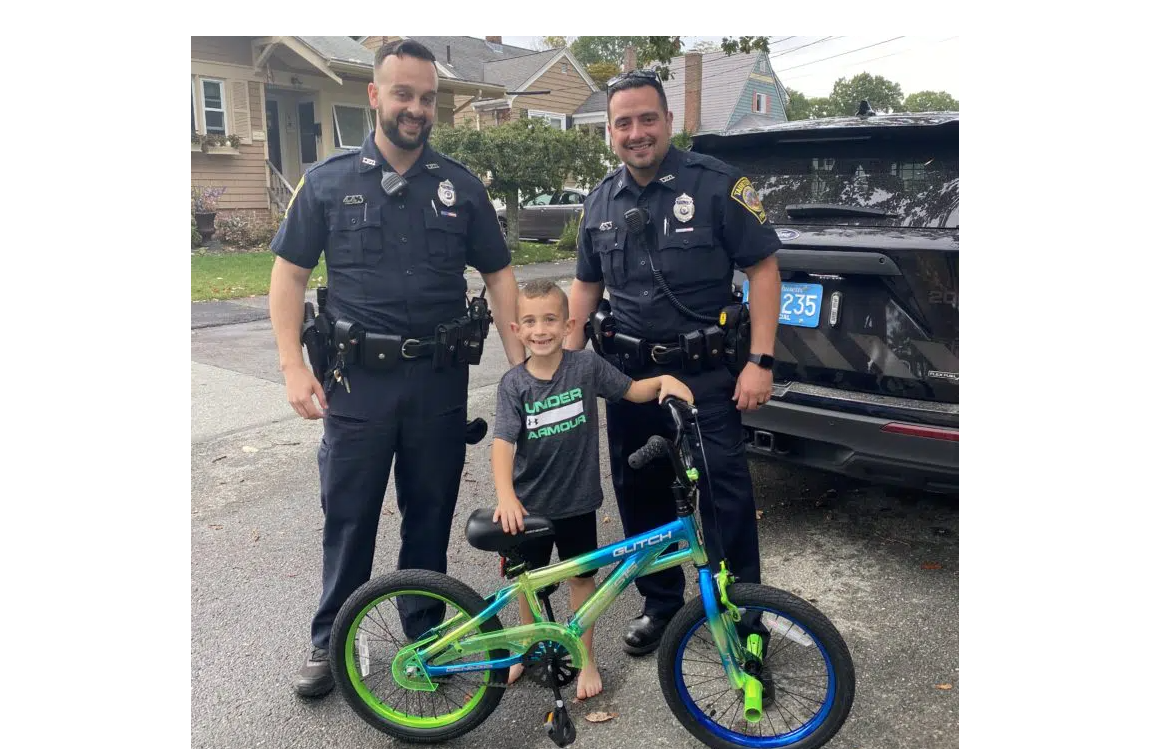 Police came to the rescue of a local boy who had his bike stolen twice.

At approximately 10 a.m., Wednesday, Sept. 22, Officer Michael Flynn and Officer Michael Hughes responded to a home on Ashland Street for a report of a bicycle that was stolen from outside a resident’s home.

Upon arrival, the officers spoke to Dawn King, who stated that her 6-year-old son’s bicycle was stolen overnight. King told officers that it was the second time her son’s bike had been stolen in a matter of weeks. Her son, Bryan King Jr., had his bike stolen outside of their home last month and they bought Bryan a new bike as an early birthday present two weeks ago, before that one was stolen as well.

After leaving the home, Officer Flynn and Officer Hughes had the idea to purchase a new bicycle for Bryan. Using their own money, they bought him the same style bicycle that had been most recently stolen, a blue and green Genesis 18″ Glitch boy’s BMX bike.

On Wednesday afternoon, Officer Flynn contacted Dawn King to say that they had additional questions and wanted to meet them at their home. The officers surprised the family by presenting Bryan with his new bike and two bike locks. They also gave the family some preventative tips to help ensure that his bicycle does not get stolen again.

“This is a fantastic example of community policing and I want to commend officers Flynn and Hughes for their selflessness and caring,” Chief Walsh said. “This boy had his bike stolen twice in a short period of time and that can be devastating for a child. I’m glad our officers were able to put a smile on his face and brighten his day.”