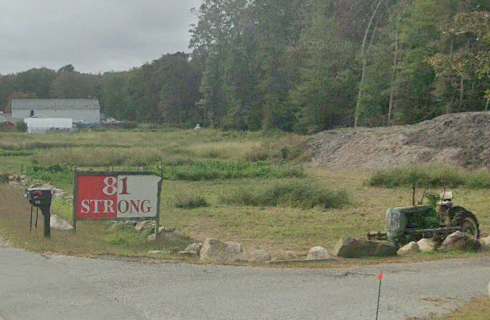 Westport Police report that they arrested two men during a motorcycle club party.

The event was reportedly well attended and estimates place approximately 129 motorcycles and 58 vehicles on the property and the adjacent property across the street which was used for parking. Rebello stated that individuals in attendance were from support motorcycle clubs from the area. The event was organized to raise money for a member of the Hell’s Angels, Christopher Ranieri, who is currently being held in custody and under federal indictment for murder, racketeering, and conspiracy.

Law enforcement personnel from multiple agencies were on hand to monitor the event. During the course of the event, the Westport Police arrested two individuals.

The second individual, 32-year-old Alexander Pichette of Tickle Road, Westport, MA, was stopped when the motorcycle he was operating did not have a valid registration. Pichette was found to be operating the motorcycle with a suspended license. Rebello stated that his license had been suspended for the illegal possession of drugs. During the arrest, a search of Pichette was performed and officers discovered he was in possession of methamphetamine.

Pichette was charged with several motor vehicle violations, which included the Operation of a Motor Vehicle with a Suspended License and was also charged with Possession of a Class B Drug. Alex is a full member of the Sidewinders Motorcycle Club, according to Rebello.