The following was submitted to us by Collin Dias. Have an essay you’d like to share? email info@fallriverreporter.com. 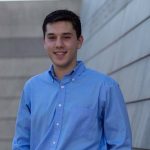 I’m sure everyone knows by now that Mayor Jasiel F. Correia II has been charged with 13 federal indictments for purposely misleading investors, stealing investor money, and for trying to cover it all up for filing false tax returns. Ever since the Mayor’s infamous arrest, Fall River City Government has been turned into a circus. The Mayor has developed an authoritarian like attitude. He has called the investigation/charges against him a “witch hunt”, he has attacked the media and reporters personally by name, has arrogantly refused to resign, has sent his family and close supporters to undermine our peaceful recall initiative against him both online and in person, and finally has instructed the corporation counsel to send cease and desist letters to our recall movement even though arguably no crime was committed, for a logo that is paid for by the residents of our city. That right there is evil in itself.

I support the recall movement to remove Mayor Jasiel F. Correia II not because I am placing myself before my city, because I want to be selfless and place what’s best for my city at this point, before myself. What is best for my city is to remove Mayor Jasiel Correia and to replace him with someone who can steer our city towards its promising future, without distraction. How can a mayor lead a city of around 90,000 residents and a multi-million dollar budget when faced with the indictments he is facing? If Mayor Correia were the boss of a major corporation (God forbid), he would have been forced to take a leave of absence at the very least, if not fully removed. The national news stories and the multiple (in city hall) interviews and press conferences regarding SnoOwl proves the Mayor’s attention is not fully on the city he claims he loves. His attention is and has always been on himself and his demeanor proves that. Jasiel Correia could give a hoot shoot about Fall River.

The Mayors Chief of Staff Gen Andrade was subpoenaed by authorities to testify in court possibly against the Mayor. She is a witness in this ongoing legal struggle. Other possible witnesses are longtime best friend of the Mayor and former SnoOwl employee Director of Cemeteries and Trees Chris Parayno and former SnoOwl investor BCTC employee Hildergrad Camara. Three municipal employees can now no longer have any contact with Mayor Correia as this legal battle goes on. Will even more municipal employees get subpoenaed? Mayor Correia has even been seen on camera with someone who looks like Gen Andrade after she was subpoenaed. Wasn’t she on sick leave? If Mayor Correia is in contact with his chief of staff then arguably he is violating his bail release conditions and therefore he should be arrested Immediately.

It is time we Take Back Fall River. Our city has too great of a future to allow this to happen. I ask my fellow registered voters in this city to sign the recall petition and then to vote yes on the Recall of Mayor Jasiel F. Correia II.

Thank you very much,