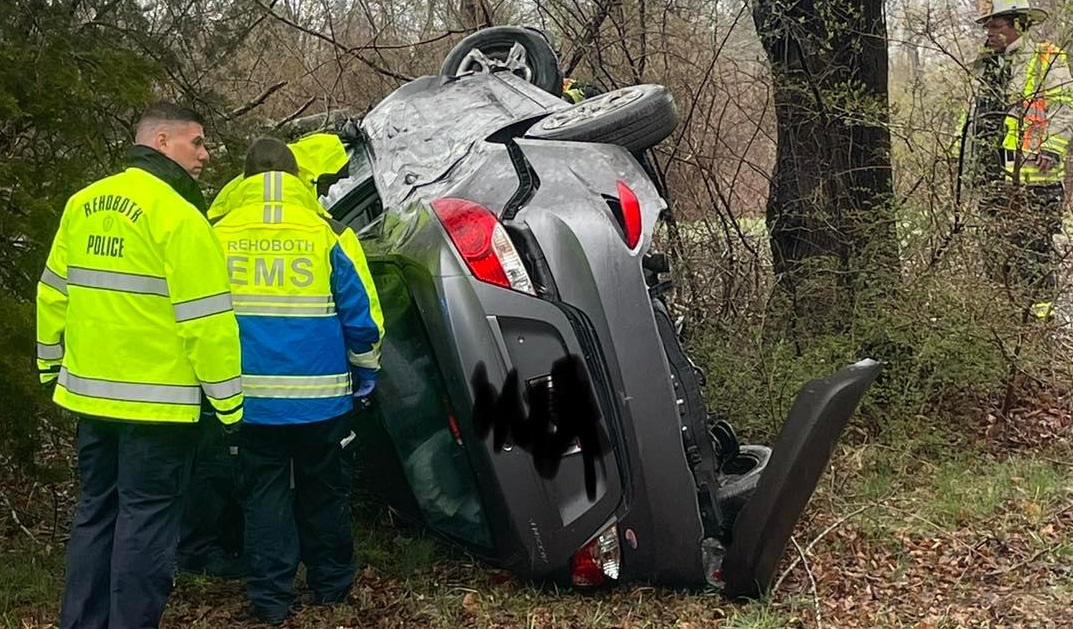 One person has been injured after a crash this afternoon in Rehoboth.

According to RFD, at approximately 2:00 p.m., Rehoboth Fire responded to a reported rollover with entrapment in the area of 147 Bay State Road.

Upon arrival, the driver was found still seat belted and the car resting on the driver’s side.

The vehicle was stabilized, and the windshield was removed in order to extricate the driver.

The driver, the sole occupant, was transported to the hospital with minor injuries.