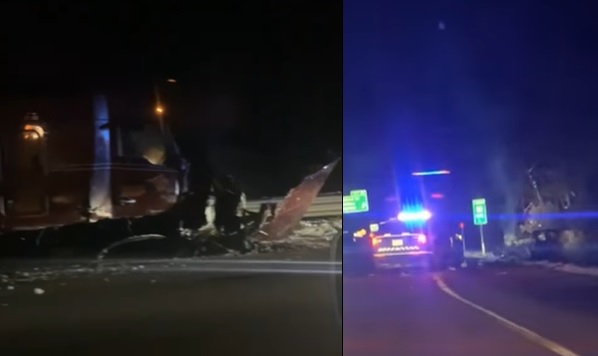 Officials have released the name of the victim in this morning’s fatal crash on Route 24.

According to Dave Procopio of Massachusetts State Police, at approximately 1:40 a.m. today Troopers assigned to State Police-Middleboro responded to reports of a vehicle traveling northbound in the southbound lanes of Route 24 in Berkley. As Troopers were responding, 911 callers reported the vehicle, a 2006 Chevy Trailblazer, was involved in a collision with a tractor trailer in the area of Exit 13.

Troopers and Paramedics from Berkley EMS located the operator, Sara Paulo, 40, of Somerset, suffering from serious injuries sustained during the crash. She was declared deceased at the scene. The operator of the tractor trailer, a 35-year-old male from Santa Ana, Cal., was transported to an area hospital with minor injuries.

The exact cause and circumstances of the crash remain under investigation by Troop D of the Massachusetts State Police along with the State Police Collision Analysis Reconstruction Section, Crime Scene Services Section, Office of the Chief Medical Examiner, and the State Police Detective Unit assigned to Bristol County. Troopers were assisted on scene by Raynham Police, Taunton Fire, and MassDOT.