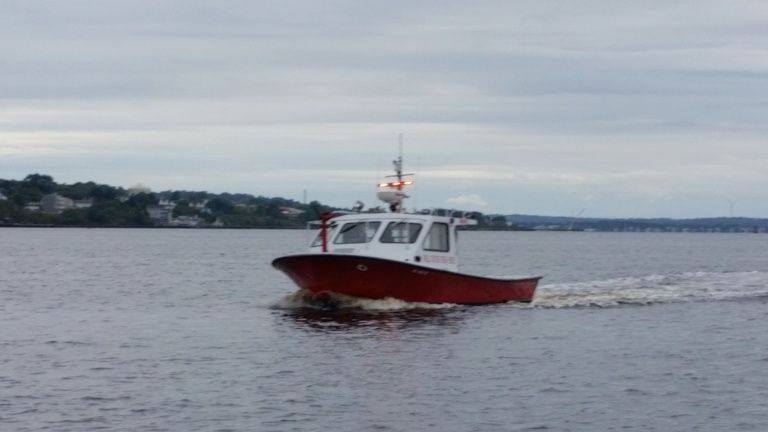 Some fast work by bystanders helped avoid tragedy on Sunday.

According to Fall River Harbormaster Bob Smith, a family of 4 (since updated by Smith) had just purchased a 17 foot outboard boat within the past week. Being new to boating, they went out for their first test run today.

Smith stated that when talking with the family before they left this morning, they had told him that they were going for a ride up the river toward Somerset.

Everything was going well on their first run, so they decided to head south to go to a waterfront restaurant in Tiverton.

Up to this point they had no issues.

On the way back from the restaurant, the boat started to take on water and went under very quickly.

Luckily for the family, as the boat was quickly sinking, all 4 boaters were plucked from the water by nearby boaters almost immediately, according to Smith.

The family was transferred to the Tiverton Harbormaster’s boat as he was the first on scene.

They were then brought back to the Fall River Bicentennial boat ramp by the Tiverton Harbormaster.

Smith stated that the plug was in the boat when they left, so the current cause of the boat sinking is unknown.