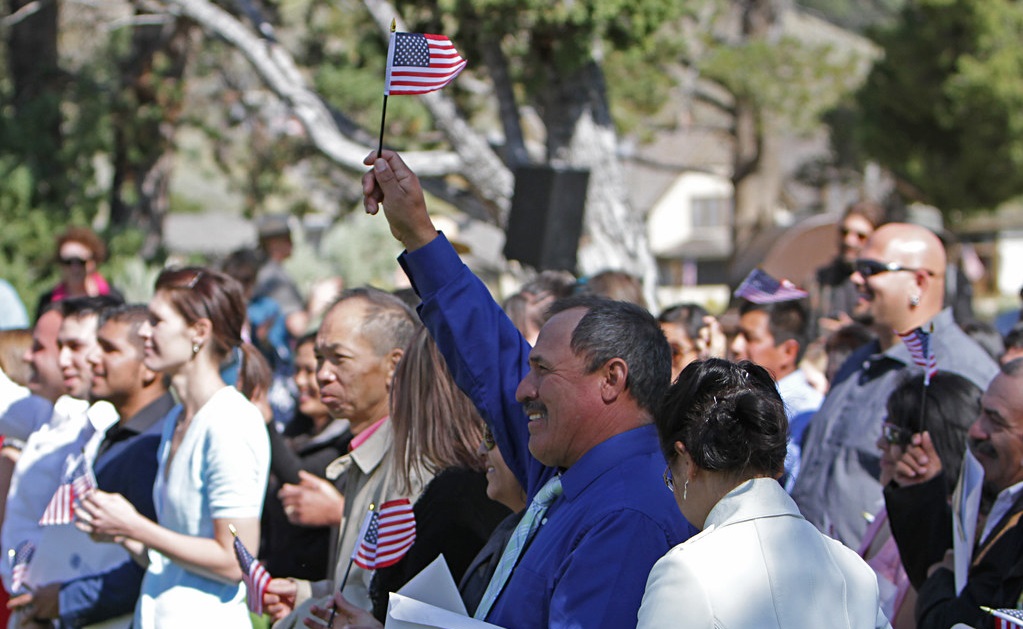 BOSTON, MA / WASHINGTON D.C. — U.S. Citizenship and Immigration Services is celebrating Constitution Day and Citizenship Day this year by welcoming more than 19,000 new citizens in more than 235 naturalization ceremonies across the nation between Sept. 17 and Sept. 23 including a ceremony that was held Friday in Boston.

“Since the beginning of the Biden-Harris administration, USCIS has been working tirelessly in communities to raise awareness about citizenship consistent with our mission to uphold America’s promise as a nation of welcome and possibility with fairness, integrity, and respect for all we serve,” said USCIS Director Ur M. Jaddou. “Constitution Day and Citizenship Day celebrations provide a wonderful opportunity to highlight our agency’s efforts, while welcoming more U.S. citizens to our American family.”

Each year, USCIS celebrates Constitution Day and Citizenship Day – and Constitution Week – by celebrating the connection between the Constitution and citizenship, reflecting on what it means to be a citizen of the United States, holding special naturalization ceremonies across the country, encouraging new citizens to take action to fully exercise their new rights and responsibilities including registering to vote, and releasing new tools and resources that can help aspiring applicants pursue citizenship. Following each naturalization ceremony, USCIS encourages new U.S. citizens and their families and friends to share their naturalization photos on social media using the hashtags #NewUSCitizen, #ConstitutionWeek, and #CitizenshipDay.

This year’s Constitution Day and Citizenship Day-themed naturalization ceremonies include a naturalization ceremony held at Tumacácori National Historical Park in Arizona on Sept. 16; the World Food & Music Festival in Des Moines, Iowa, on Sept. 16; Crystal Bridges Museum of American Art in Bentonville, Arkansas, on Sept. 19; U.S. Chamber of Commerce Foundation in Washington, D.C., on Sept. 20; Homestead National Park in Beatrice, Nebraska, on Sept. 22; and George Washington’s Mount Vernon in Virginia on Sept. 23. On Sept. 17, Director Jaddou will participate in a special ceremony at Ellis Island in New York Harbor and Secretary of Homeland Security Alejandro N. Mayorkas will participate in a ceremony in Los Angeles aboard the USS Iowa.

On Friday, 48 people from 29 different countries were sworn in at the Massachusetts State House, according to CBS Boston.

Another naturalization ceremony is scheduled to take place on September 28th in Boston.

In addition to holding more than 235 ceremonies across the country as part of Constitution Day and Citizenship Day, USCIS will also host numerous activities throughout the month of September, all aimed at empowering immigrants to pursue citizenship along with the rights and opportunities that come with it. The agency will also publicly release an Eligible to Naturalize Dashboard to share statistical information about populations that may be eligible to seek naturalization in the United States and a “Two Generational Family Toolkit” to help families learn about citizenship and prepare for the naturalization test together. The dashboard provides statistics on those eligible to apply for naturalization by birth country and geographic location.