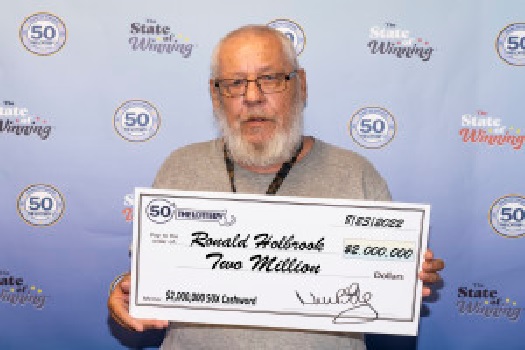 A Massachusetts man has some life changing plans after hitting it big on a state lottery scratch ticket.

According to Massachusetts State Lottery, Ronald Holbrook has won a $2 million prize in the Lottery’s “$2,000,000 50X Cashword” instant ticket game.

Holbrook, who is from Worcester, chose the annuity option on his prize and received the first of 20 payments of $100,000 (before taxes). He is considering buying a house and a car with his winnings.

He purchased his winning ticket at Southbridge Street Gulf located at 385 Southbridge St. in Worcester. The store will receive a $20,000 bonus for its sale of this ticket.