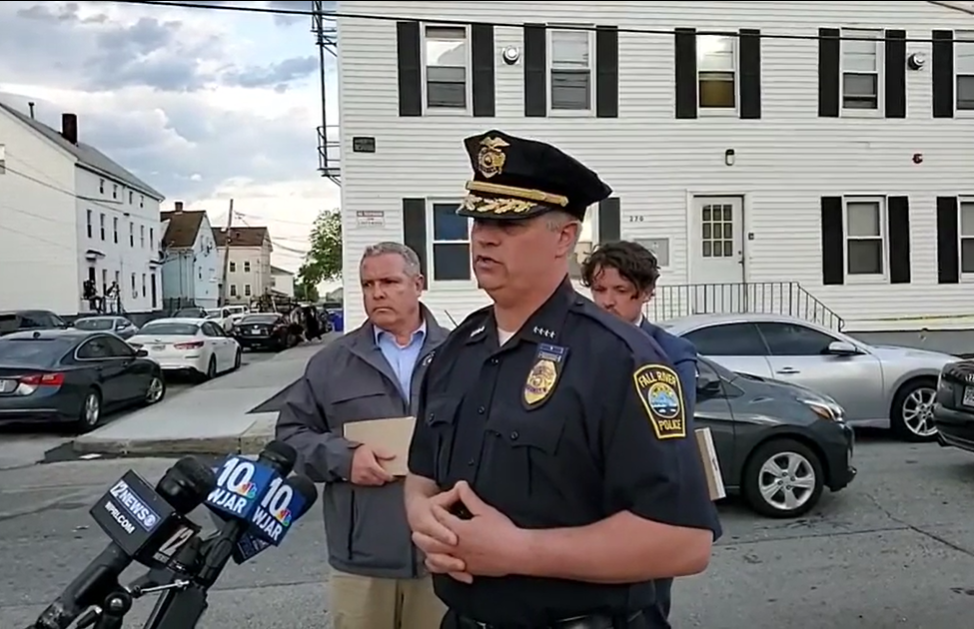 A new criminal complaint charging Jeremy Holmes with two counts of murder and one count of assault and battery by means of a firearm was filed in Fall River District Court late this morning. The defendant is also still charged with carrying an illegal firearm, carrying a loaded illegal firearm, and unlawful possession of a large capacity firearm.

A second defendant connected to the incident, Dana Mazyck, 21, of Fall River, was apprehended on May 25 in Fall River by members of District Attorney Quinn’s Massachusetts State Police Detective Unit and Fall River Police detectives. He is charged with carrying an illegal firearm, carrying a loaded illegal firearm and unlawful discharge of a firearm within 500 feet of a building.

Mazyck briefly appeared in Fall River District Court Tuesday and was ordered held in jail pending the results of a dangerousness hearing, which is scheduled to occur next Wednesday.

“I want to thank investigators and prosecutors from Fall River Police and from our office for their tireless effort in investigating these very violent and tragic deaths. Their hard work has now led to murder charges against this defendant and firearm charges against a second defendant. The facts of this case are very disturbing and tragic, especially since it involves very young individuals,” District Attorney Quinn said. “It is particularly concerning that residents of the Corky Row section of Fall River cannot feel secure in their own neighborhood at 4:00 in the afternoon, and were subjected to multiple rounds of gunfire that took two lives and injured a third person. Given the time of day and the number of people in the park, it is very fortunate that more people were not killed or injured. The investigation is ongoing.​”