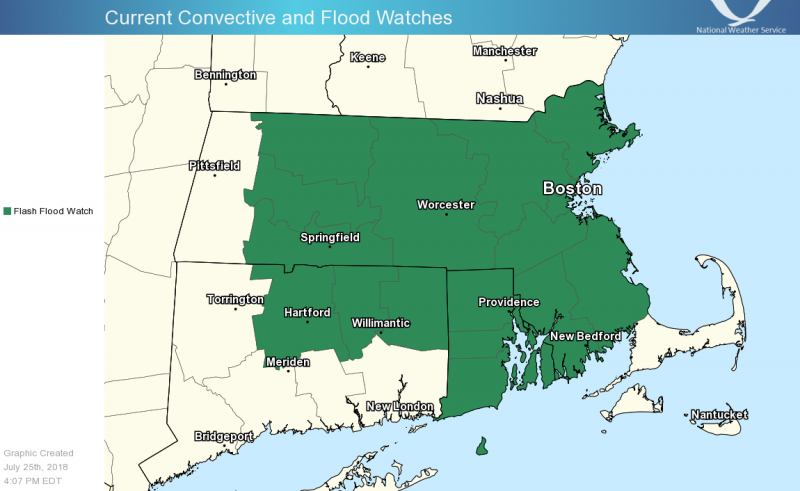 The National Weather Service in Boston/Norton has expanded the Flash Flood Watch to include portions of northern Connecticut, Massachusetts, and Rhode Island, including the following counties, in northern Connecticut, Hartford, Tolland, and Windham. In Massachusetts, Bristol, Essex, Middlesex, Norfolk, Plymouth, Suffolk, and Worcester. In Rhode Island, Bristol, Kent, Newport, Providence, and Washington.

The Flash Flood Watch is in place through Thursday morning July 26th at 8:00 a.m.

Bands of showers and a few embedded thunderstorms with localized torrential rainfall are expected at times through tonight. While rainfall amounts may vary considerably over short distances, rainfall rates of 1 to 3 inches per hour are possible in some locations. This may result in the potential for both localized small stream as well as urban flash flooding.

A Flash Flood Watch means that conditions may develop that lead to flash flooding. Flash flooding is a very dangerous situation.