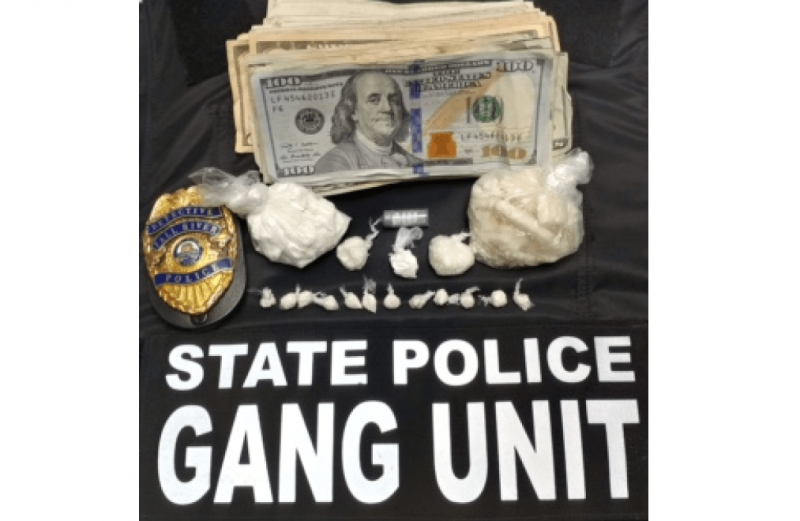 Gang Unit troopers observed the operator, later identified as Wilson F. Colon Jr., 26, of Fall River, making furtive movements.  Colon appeared to be retrieving an item from the center console and placing it on his person.

Troopers and the Fall River detective removed Colon from the car; during a pat frisk they found a large bag containing suspected narcotics in the top of his pants near his belt. The bag was found to contain 15 smaller clear plastic bags containing a total of approximately 59 grams of suspected crack cocaine and one smaller bag containing nearly a gram of suspected powder cocaine.

A search of Colon’s vehicle revealed another clear plastic bag of suspected powder cocaine, weighing approximately 27 grams, in the glove box.  Five Percocet pills were also located in a container attached to the key chain. US currency totaling $1,364 was also seized as suspected proceeds from drug sales.

Colon was placed under arrest and transported to the Fall River Police Station, where he was booked on charges of trafficking in cocaine, possession of cocaine with intent to distribute, and possession of Percocet pills.