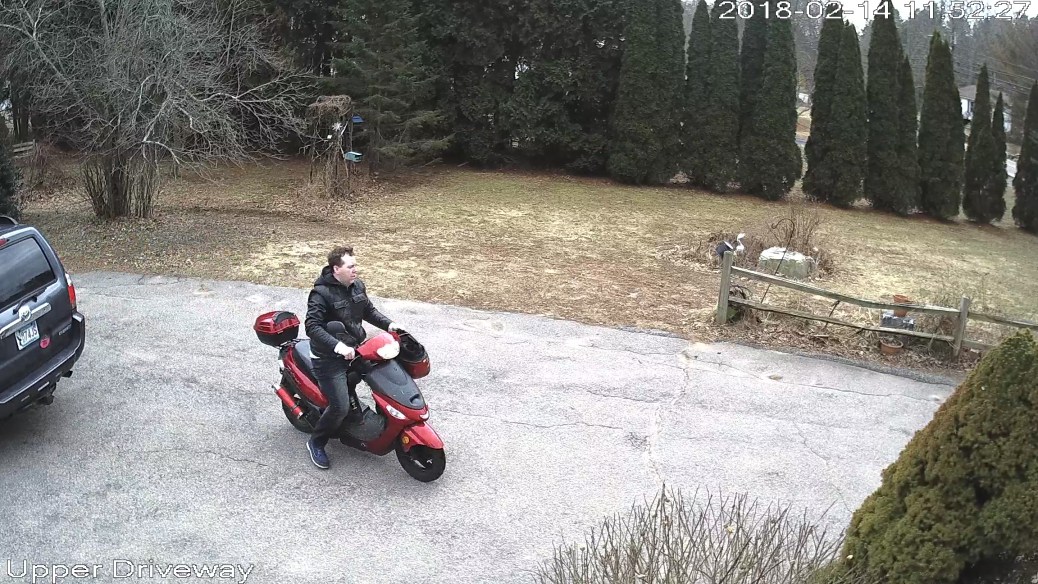 EASTON — Chief Gary Sullivan reports that the Easton Police Department located the body of a deceased man, as well as a moped in the woods this afternoon.

At approximately 1:30 p.m., Easton Police received a report that a member of the Massachusetts Rescue and Recovery K-9 Unit discovered a moped that was partially exposed from under a camouflage tarp in the woods off Bay Road. The K-9 search team was looking for Gregory Glavin — an Easton man last seen leaving a friend’s house in North Attleboro on Feb. 17 on a maroon moped.

Easton detectives arrived on scene and located the remains of an adult male, along with a maroon moped, under the tarp about a half-mile from Wright Farm.

The Massachusetts State Police Crime Scene Services Section and the Office of the Chief Medical Examiner also responded to the scene.

The identity of the victim has not yet been officially determined, but is believed to be Glavin. Foul play is not suspected. The incident remains under investigation by the Easton Police Department.