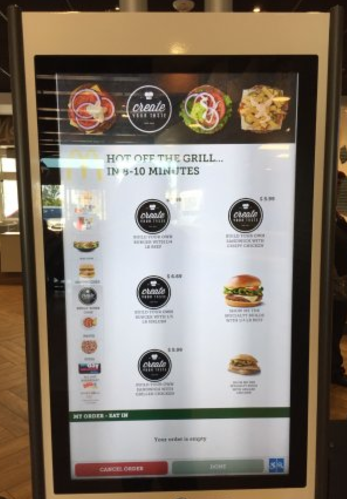 The first McDonalds self-service kiosk has arrived to Fall River.
The kiosk is located at the President Ave location in the city. The kiosks allow customers to order and pay for their food and they will be added to 2,500 McDonald’s locations once installations are complete.
The touch-screen kiosks are a plan to make ordering faster and also make it easier for customers to customize their order with less mistakes.
McDonald’s stated when the roll out began that they would not be having massive layoffs due to the self-ordering technology. Rather, they would just re-locate cashiers to another part of the restaurant.
Related Topics: